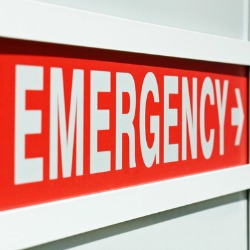 The US government in October told the Food and Drug Administration (FDA) to finally start taking medical device security seriously, whether we’re talking about intentional hacking, unencrypted data transfer that can be manipulated or a host of other threat vectors.

On Thursday, the agency put out a call to medical device manufacturers and health care facilities to start addressing medical devices’ vulnerability to cyberattack, be it by malware or unauthorized access to configuration settings in either the devices themselves or in hospital networks.

Although the FDA hasn’t seen patient injuries or death, it has seen botched security, equipment manufacturers who more or less ignore the concept of updating or patching, and passwords passed around like so many after-dinner mints.

Here’s a list of the cybersecurity vulnerabilities and incidents to which the FDA says it’s been made aware: The FDA suggested various means of limiting unauthorized device access that manufacturers should consider, particularly if their products are life-sustaining or could be directly connected to hospital networks:

Medical device hacking can be hard to take seriously in lieu of patient death and injury.

But it’s not just terrorism or other homicidal deeds – such as the Tylenol poisonings of the 1980s – we’ve got to worry about.

Also at play, for example, as the FDA made clear, is conventional malware that’s been described as “rampant” in hospital medical devices that use unpatched operating systems.

The MIT Technology Review in October reported on potential consequences of real-life medical device security as recounted at the National Institute of Standards and Technology Information Security & Privacy Advisory Board, in Washington, DC.

One such incident involved malware that slowed down fetal monitors used on women with high-risk pregnancies being treated in intensive care wards.

It’s way past the time when the FDA should have been taking these matters seriously.

Now, it’s up to device manufacturers and those responsible for securing hospital systems to take up the FDA’s call to secure these overlooked technologies.

Image of emergency sign and medical equipment courtesy of Shutterstock.