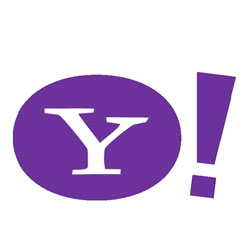 Beginning next month, Yahoo will attempt to resuscitate inactive email accounts by giving them away, according to Associated Press.

If you haven’t checked in on your Yahoo account for at least a year, there’s still time to save your handle from being given away to a stranger, and that might be a very good idea indeed.

On July 15, any newcomers can claim a handle from the dead pool that was previously unavailable. The new accounts will be usable by mid-August.

Yahoo hasn’t revealed how many emails are in its dead pool, but it’s probably a substantial number, given competitor Google’s robust growth.

As of June 2012, Google’s Gmail was reported to be the most widely used web-based email, with over 425 million active users worldwide.

The move to purge the dead-account pool is obviously designed to re-energize the Yahoo mail user base. Once newcomers have new handles, as Associated Press suggests, they well might try out all the other services Yahoo is offering.

All well and good.

I would assume that Yahoo isn’t giving away personal details associated with defunct handles.

I can’t help but wonder, however, about the potential for identity fraud.

Let’s say that Joe Schmoe hasn’t used his JoeSchmoe@yahoo.com account for over a year. (Pardon me if there’s really a Joe Schmoe with that Yahoo account out there.)

Therefore, JoeSchmoe@yahoo.com is up for grabs as of July 15.

What’s to stop a miscreant from claiming the JoeSchmoe handle (and any other handles from the dead pool, for that matter) and then just sitting back and waiting for email to arrive? If a personal email comes in from a relative who hasn’t updated her address book for a while, or, say, if Joe Schmoe hadn’t informed her of his new email address, what’s to stop a crook from pretending to be Joe Schmoe, given that he’s now got the JoeSchmoe@yahoo.com handle?

What’s to stop such email identities from being exploited for anything that miscreants can suck out of unknowing email correspondents, be it financial scams or personal information?

I asked Yahoo about this scenario. I’ll update this story when they reply. While we’re waiting, please do let us all know if there are further unintended consequences that you can imagine.

In the meantime, if you have a defunct account and don’t like the idea of somebody else controlling it, get thee to Yahoo before July 15 and resurrect it from the dead.

29 comments on “Yahoo’s going to boot us off our deadbeat accounts, but who is going to grab them?”