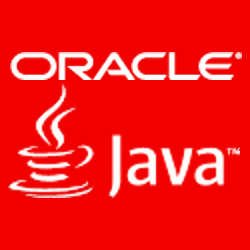 You can find a giant table of what was fixed in exactly which version by visiting Oracle’s Critical Patch Update Advisory and scrolling down to the handy, if mildly alarming-looking, Risk Matrix:

Apple, which offers its own builds of Java, updated at the same time.

If you’re an Apple user who isn’t sure whether you have Java installed or not, you can open a Terminal window and run the command java -version.

You will see your current version number displayed if you have a working Java; if not, you will see an OS X dialog offering to fetch it for you.

(If you don’t have it, and didn’t know, you obviously didn’t miss it much. I recommend you leave it uninstalled.) If you are interested in knowing what sort of vulnerabilities were fixed this time round, you will find a high-level overview on Oracle’s Software Security Assurance Blog.

For more detail, head back to the Critical Patch Update Advisory and scroll down to the Notes below the Risk Matrix.

Take special note of the vulnerabilities annotated See Note 1 and See Note 2, which account for 37 of the 40 documented security fixes.

These are vulnerabilities that are exploitable by (indeed, according to Oracle, can only be exploited by) sandboxed Java applets, which run inside your browser. In other words, with Java off in your browser, you’d proactively be shielded against the vast majority of the risk to which the now-patched versions of Java expose you.

Still not convinced that it’s a good idea to get rid of browser-based Java?

16 comments on “Oracle and Apple update Java – zapping browser Java would already have blocked 92.5% of the risk”