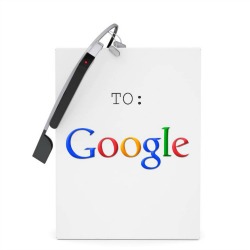 The privacy officials of six countries and the European Commission have a host of questions about Google Glass, wouldn’t mind getting their hands on the devices, and are wondering why, exactly, Google hasn’t rung most of them up to hash out the privacy issues.

In an open letter to Google CEO Larry Page, the privacy overseers mused about not being consulted regarding privacy in the internet-enabled head gear:

We understand that other companies are developing similar products, but you are a leader in this area, the first to test your product "in the wild" so to speak, and the first to confront the ethical issues that such a product entails. To date, however, most of the data protection authorities listed below have not been approached by your company to discuss any of these issues in detail.

The letter – signed by 36 worldwide privacy officials from Canada, Australia, New Zealand, Mexico, Switzerland and Israel, several Canadian provinces, and a representative from the EC’s privacy-focused Article 29 Working Party – notes that Glass has been the subject of many articles that have “raised concerns about the obvious, and perhaps less obvious, privacy implications of a device that can be worn by an individual and used to film and record audio of other people.”

In light of people’s “fears of ubiquitous surveillance”, questions about Google’s collection of such data, and how Google’s revamped privacy policy will come to bear, the letter posed these privacy-related questions:

As it is, the privacy commissioners write, most of what they know comes from media reports, most of which contain “a great deal” of speculation about how Glass operates, how it could be used and what Google’s going to do with the data the devices collect.

If this raises a feeling of déjà vu, that’s because the privacy caucus of the US Congress asked similar questions of Google in May.

The deadline to answer was June 14, but if Google did reply, I’ve missed its answers.

The privacy officials who signed the letter wrote that they’re “very interested” to hear the privacy implications of Glass and how, exactly, Google plans to ensure that individuals’ privacy rights are respected around the world.

They’re looking forward to hearing some answers, they say – but then, that goes for pretty much all of us.