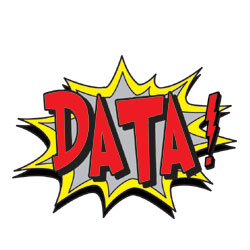 Facebook may or may not have pulled the equivalent of mumbling under its breath when it disclosed its recent data breach – after all, slipping out notice on a Friday ensures most people have gone from their desks for the weekend and may not read about it for at least a couple of days.

But new rules published on Monday by the European Commission would ensure that data breaches like that get disclosed within 24 hours of the breach – a move that could bar slip-it-under-the-radar disclosure timing.

At least, the new rules would do that if, in fact, they pertain to companies that aren’t telecoms or ISPs but who still hold vast stores of customer data.

The new, Europe-wide rules require that ISPs and telecoms report a data breach to national regulators within 24 hours of the breach, and that they cough up specific detail about what type of data has been compromised, if at all possible, within that same time frame.

When TechCrunch asked about companies such as Facebook, Google et al., the EC said that such data-chugging behemoths are not covered by the new ePrivacy Directive but are in fact covered by the Data Protection Directive, which covers all data controllers.

Still, such companies might yet get rolled into the same requirements. Here’s what an EC spokesperson told TechCrunch’s Ingrid Lunden:

“The Commission also proposes to update that wider data protection directive. But we don’t know what the outcome of those reform negotiations yet. If the Commission proposal stayed in its original form, then yes Facebook, Google, etc. would then have the same obligations as outlined today to telecoms companies.”

One sector that’s most assuredly and most unsurprisingly exempt from the new rules: government.

From the EC spokesperson:

“The ePrivacy Directive itself has a general exemption for justified national security reasons, and government requests for access to personal information must be court-approved.”

Outside of being a government, companies can also get out of the new disclosure rules by investing in security.

Specifically, the EC is encouraging companies to adopt approved encryption, which would remove the customer-notification requirement for those who’ve implemented protection.

Companies do still have to notify the national authority of the breach, however.

The EC isn’t, technically, requiring that ISPs and others report all the breach details to their subscribers. What it’s giving is merely criteria to help assess when they should do so.

Companies should take into account the type of data compromised when they determine whether to notify subscribers, the EC said.

Here’s the list of what companies are now expected to do, from the EC’s notice:

The EC is giving companies plenty of leeway, apparently, in whether or not they disclose breaches to customers.

It’s also letting companies off the hook for notifying subscribers if they invest in appropriate encryption.

Google itself posted an article in December 2011 by Catherine Tucker, Douglas Drane Career Development Professor in IT and Management and Associate Professor of Marketing at MIT Sloan School of Management, titled, plainly enough, “Protecting personal data through encryption is not enough.”

Perhaps the EC should rethink all the outs it’s giving companies when it comes to notifying subscribers of data breaches.

Users deserve to know about that fumbling.

One comment on “Europeans to get told about data breaches – sometimes”