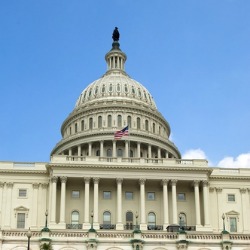 Senator Patrick Leahy, along with other US senators, has introduced a bill to limit the National Security Agency (NSA) spying on domestic targets.

They’re not asking for it to stop, mind you – just that it be more transparent and more circumspect with regards to privacy.

The bill, titled the FISA Accountability and Privacy Protection Act of 2013, seeks to require the government to show that data collection is relevant to an authorized investigation, and that there’s a link to a foreign group or power.

As it is, documents continue to come out that reveal ever more surprising things about the extent of how much the NSA spies on domestic targets.

Last week, The Guardian published top secret documents that revealed that the NSA can argue its way into hanging onto purely domestic communications for a host of reasons, including the simple fact that a given message was encrypted.

It also abolishes the one-year waiting period before a recipient can challenge the attendant gag on orders filed under Section 215 of the Patriot Act.

It would also amend certain provisions of the Foreign Intelligence Surveillance Act (FISA).

The new bill would increase the threshold required for the NSA to obtain domestic metadata and would require court-approved minimization procedures.

It would also move up sunset dates on surveillance authorities to June 2015.

Leahy said in a press release that the bill contains “commonsense, practical improvements” to provide checks on the “broad and powerful surveillance tools” now being used by the government:

"The American people deserve to know how laws like the USA PATRIOT Act and the FISA Amendments Act are being used to conduct electronic surveillance, particularly when it involves the collection of data on innocent Americans.

The American people also deserve to know whether these programs have proven sufficiently effective to justify their extraordinary breadth.

The enhanced layers of transparency, oversight, and accountability included in this legislation will ensure that we are protecting national security without undermining the privacy rights and civil liberties of law-abiding Americans."

The American Civil Liberties Union (ACLU), for its part, sued the Obama administration earlier in June. The ACLU lawsuit challenged the constitutionality of the phone tracking program which was revealed when The Guardian posted documents showing that Verizon is handing over customer phone records to the NSA on an ongoing basis.

In my opinion, this new bill is a long overdue correction to surveillance powers that have gone to the administration’s head.

Between this and legislators’ recent attempts to haul the Electronic Communications Privacy Act into the 21st century – thank you, Texas, and let’s hope that Congress follows your early lead – the golden age of surveillance is finally getting some much-needed sun in its dark corners.

Images of Capitol Hill and phone records courtesy of Shutterstock.