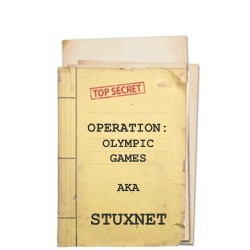 A retired general and trusted member of President Barack Obama’s national security team is the target of a Department of Justice (DOJ) investigation into a leak about a covert cyberattack on Iran’s nuclear facilities using the purpose-built Stuxnet virus, NBC reports.

The former general, James Cartwright, was the second ranking officer in the US military.

Legal sources told NBC News’ Michael Isikoff that Cartwright, former vice chairman of the Joint Chiefs of Staff, has received a target letter informing him that he’s under investigation for allegedly leaking information about the attack.

The New York Times in June 2012 told the tale of Stuxnet, a virus created by the US and Israel to target an Iranian nuclear facility that accidentally escaped the confines of Iran to cause trouble for the wider world.

At the time, The New York Times’ David E. Sanger attributed the story to current and former officials who were involved in the operation, none of whom stepped out from the cloak of anonymity.

The newspaper went on to report that Cartwright brainstormed the program that led to Stuxnet, code-named Olympic Games, under Presidents Bush and Obama.

A 2010 attack using Stuxnet managed to temporarily disable 1,000 centrifuges that the Iranians were using to enrich uranium.

Following the leak, Feds immediately began sniffing out those responsible.

The administration’s efforts to find and punish those who informed the press about Stuxnet have been diligent and determined, as is typical of this administration, which is known for declaring war against whistleblowers.

Shortly following the NYT having broken the story last June, Obama said he had “zero tolerance” for “these kinds of leaks.”

He meant it. The Obama administration has already prosecuted or charged eight individuals for leaks under the Espionage Act.

For the investigation into the Stuxnet leak, prosecutors have confronted many, including high-level officials, with evidence of contact with journalists that’s based on extensive analysis of their email accounts and phone records. The Federal Bureau of Investigation’s (FBI’s) manhunt has been aided by increasingly sophisticated data-crunching tools to sift through huge volumes of email – the type of endeavor that this past month began to see the light of day via The Guardian’s publication of multiple top-secret documents about the National Security Agency’s (NSA’s) surveillance programs – aka PRISM.

NBC News referred to input from two sources who said that prosecutors identified Cartwright as a suspected leaker without needing to secure a secret subpoena of the phone records of NYT reporters.

The more we learn about US surveillance, the more we’ll find out how, exactly, the Feds track our communications.

In the meantime, may those who seek to take on the role of whistleblower pay heed to the techniques used by the FBI and how things such as phone records and even the content of communications can be secured and used against them in investigations, as we’ve recently learned.

Images of top secret folder and prism courtesy of Shutterstock.