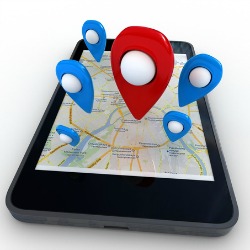 Between 10 July and 15 July 2010, the first call of the day and the last call of the night that Aaron Graham made on his mobile phone showed he was probably sleeping at home.

So where was he?

I don’t know, and I don’t want to know, because it’s personal information to which neither you nor I have a right, if you live in the US and the Fourth Amendment to the US Constitution means anything.

Does that hold for the police? Because that’s where the information came from: an astonishing 221 days worth of Mr. Graham’s cell phone records, all gotten at without a warrant.

On Monday, the American Civil Liberties Union (ACLU) announced it had joined with other legal activist groups to file an amicus brief [click here for PDF download] arguing that the Fourth Amendment requires that the government get a warrant to find out where a person has been for seven months.

The case, United States v. Graham, is now on appeal before the Fourth Circuit Court of Appeals.

According to the ACLU, this case could be pivotal in determining whether the government needs a warrant to track our mobile phones.

Without a warrant, the government was able to track the location of Graham and another suspect at 29,659 specific points over those 221 days.

Typically, the ACLU points out, neither the public nor the person being tracked ever see cell phone location records obtained by law enforcement. In this “rare instance,” the ACLU says, working with Mr. Graham’s assistance and permission, the ACLU and its partner groups received and analyzed the data that the police obtained from his cell phone carrier.

The ACLU – along with the the ACLU of Maryland, Center for Democracy & Technology, Electronic Frontier Foundation (EFF), and National Association of Criminal Defense Lawyers – were given the mobile data by the defendants’ legal counsel.

According to Ars Technica, the lawyers got hold of the phone records with a Brady disclosure – a legal procedure that requires prosecutors to share evidence with the accused.

In the groups’ amicus brief, they argue that handing over such a huge amount of data constitutes a search as defined under the Fourth Amendment, which would require a warrant.

The case dates back to 5 February 2011, when the defendants – Graham and Eric Jordan -were charged for a series of armed robberies of places that included Burger King and McDonald’s restaurants in Baltimore, Maryland.

Police arrested the pair 10 minutes after the McDonald’s robbery. The defendants told police their cell phone numbers when asked, and police subsequently found the matching cell phones in the getaway car.

Police were granted a search warrant for the two cell phones. Prosecutors later obtained two court orders, which are a lesser standard than a warrant, that allowed them to get at the defendants’ cell site location information (CSLI) data for periods going back to July 2010, with a goal of linking the suspects to robberies that coincided with the dates police wanted to know about.

The pair were eventually charged with 17 counts of robbery.

In court, Graham and Jordan’s defense teams filed a motion to suppress [PDF] the evidence, given that “the privacy intrusions available through this type of technology are far-reaching and unconstitutional – allowing the government to retroactively track or survey a suspect through his cellular telephone, a device he likely carries with him at all hours of the day and to constitutionally protected places such as his home or church.”

The motion was denied, as a district judge agreed with the government [PDF] when it argued that the defendants have no Fourth Amendment expectation of privacy, given that they voluntarily handed over their information to a third party – i.e., the phone companies.

The ACLU et al. are now pointing to another recent case to underscore their contention that this type of long-term monitoring violates reasonable expectations of privacy.

In that case – the Supreme Court case US v. Jones – five justices found that the investigative subject’s privacy was violated by long-term monitoring of his car’s GPS device.

The reasoning applies all the more forcefully with a case such as Graham, which involves a mobile phone – a device that’s with us far more than a car’s GPS, the ACLU points out:

People carry their cell phones with them all the time. Each time a cell phone makes or receives a call or text message, the wireless provider logs the cell towers the phone connected to during that communication.

Cell phone tracking therefore allows the government to reach back into the past and pull up a record of where we have been on any given day.

And if the Supreme Court found that 28 days of location tracking violated a reasonable person's expectation of privacy, then surely the 221 days of tracking in this case is beyond the pale.

If the legal activist groups have their way, the Fourth Amendment will no longer be stopped dead in its tracks when US citizens pick up their phones.

Those phones, along other modern technologies, make it easier than ever to track us, the ACLU says.

The data offered up by our mobile phones is highly sensitive. It can also be highly incriminating.

That shouldn’t strip us of our rights, however, the groups are arguing.

Thanks go to these activist groups for fighting to ensure that, regardless of how invasive technology gets, the Constitution isn’t left burning in the wake of its evolution.

8 comments on “ACLU: Cops should have a tougher time sucking up 7 months of mobile phone data”