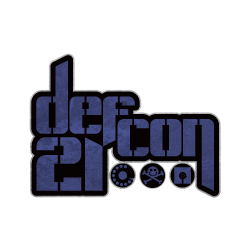 The founder of the DEF CON hacker conference has announced that members of the U.S. federal government will not be welcome to attend this year’s event.

DEF CON is one of the world’s largest hacker conferences and has been running for 21 years. Until now the conference has always welcomed the participation of federal government employees.

This unusual step has been taken by DEF CON’s founder on behalf of the hacker community and is a response to the recent exposure of the NSA’s omnipresent online spying operation commonly known as PRISM.

The announcement was made by conference founder Jeff Moss (AKA The Dark Tangent) on Wednesday in a short post on the DEF CON website:

For over two decades DEF CON has been an open nexus of hacker culture, a place where seasoned pros, hackers, academics, and feds can meet, share ideas and party on neutral territory. Our community operates in the spirit of openness, verified trust, and mutual respect.

When it comes to sharing and socializing with feds, recent revelations have made many in the community uncomfortable about this relationship. Therefore, I think it would be best for everyone involved if the feds call a "time-out" and not attend DEF CON this year.

This will give everybody time to think about how we got here, and what comes next.

However, not everyone in the hacker community that Moss is speaking for agrees with him.

[we] do not feel that this should be about anti/pro government, but rather a continuation of openness that this event has always encouraged. We both have much respect for DEF CON and the entire organization and security community. It is with this respect that we are pulling our talk from the DEF CON 21 lineup.

Although Johnson clearly sees DEF CON’s move as anti-government, Moss has been clear that he isn’t drawing battle lines with his announcement. In a recent interview he explained to Reuters he is trying to diffuse a heated situation and give his conference attendees some space to come to terms with Edward Snowden’s seismic revelations.

The community is digesting things that the Feds have had a decade to understand and come to terms with ... a little bit of time and distance can be a healthy thing, especially when emotions are running high.

He backs this up by stating that although federal government employees have been asked to stay away this year, DEF CON will not be checking ID badges or kicking people out.

So what, if anything, does DEF CON’s stance actually achieve and are they right to tell federal government employees to stay away this year?

Wouldn’t DEF CON be a more useful conference by remaining neutral like Johnson suggests and, with no plans to enforce his ban, is Moss’s stance anything more than an empty gesture anyway?

Presumably those members of the federal government with the moral compass and skills required to engage in, and keep secret, projects like PRISM will have no difficulty attending DEF CON in spite of the message to stay away.

(In fact it seems that the U.S.’s secret squirrel types might even prefer to attend in disguise. Moss revealed to Reuters that he invited members of the U.S. federal government the very first time DEF CON was held; his invitees politely declined and then attended incognito.)

Personally I think, as objectionable as it is, no one can be surprised by the revelation that their government’s security service is spying on them and lying about doing it.

DEF CON is not a public service so Moss is free to invite or turn away whomever he likes, but if U.S. federal government employees were previously welcome to attend DEF CON in spite of (amongst other things) Carnivore, Stellar Wind, warrantless wiretapping and endless rumblings about Echelon, then surely the Rubicon was crossed long ago.

38 comments on “Is DEF CON right to ask the feds to stay away? [POLL]”