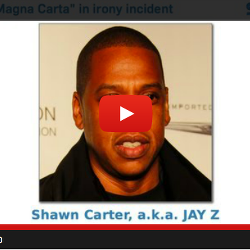 How did rapper JAY Z take the concept of Magna Carta to a whole new level?

Watch this week’s 60 Second Security and find out!

(If you enjoyed this video, you’ll find plenty more on the SophosLabs YouTube channel.)