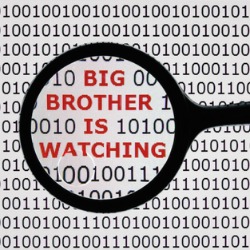 Sweet and Maxwell, a legal publisher in the UK, says that privacy actions against police, hospitals and security services in the UK are up 22% over last year.

That represents a shift, The Independent reports.

A few years back, it was mostly celebs who were trying to elbow the media out of their private lives, but nowadays, blatantly normal human beings are using privacy laws to try to claw back their data.

Sweet and Maxwell’s recent data shows that rich, famous people filed 47% of privacy actions in the year prior – a number that shrank to 11% over the past 12 months.

This isn’t just run-of-the-mill data we’re talking about, such as name, tax number or date of birth.

In the UK, even without the need to file a criminal charge against the surveillance target, data collectors get and hold onto people’s fingerprints, DNA and photographs.

And as The Telegraph reported earlier in July, police can and do seize mobile phones from passengers crossing the UK border via air, sea or international rail.

The Telegraph reported that police download and scour the data. Then, they tuck it away to hang onto for “as long as necessary” (translation: abandon all hope, ye data who enter) – all done under protection of counter-terrorism laws that don’t require a shred of suspicion.

The Independent quoted Jonathan Cooper, a barrister who specializes in privacy matters, who said that non-rich, non-famous people using the courts to delete data is a natural outgrowth of how common it’s getting for employers, law enforcement, and any manner of other data-collecting machines to demand our info and to hang onto it for dear life.

"Criminal record checks are being used much more frequently by employers, so people are going to greater lengths than ever before to make sure irrelevant information is being removed from their records.

"In some cases, people have to bring an action through the courts to force the body to delete the information."

The Independent further reports that some 4 million criminal record checks are made in Britain per year.

Not much of that demanded data ever disappears, but it’s sure to pop up again when checks against the data are made, even without charges having been filed. Examples from The Independent:

I love the idea of Brits overwhelming the courts with demands that the authorities get their mitts off their personal data.

It would be nice if employers, law enforcement, hospitals et al. didn’t ask for so much data in the first place, with so little (or no) cause.

But here’s a silver lining about post-PRISM angst: backlash from the public may, in time, prod the courts in the UK and elsewhere to do something about the laws that prodded the now-panicky, over-surveilled, normal human beings to get litigious about what’s literally bugging them.