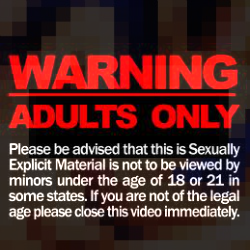 The Guardian recently got an exclusive peek at metrics from SimilarWeb, a web measurement company based in Tel Aviv that tracks clicks online (rather than total traffic volume).

The UK isn’t the top porn-loving place, though. That honor goes to Germany, where a whopping 12.5% of traffic heads to the X-rated.

The top porn-surfing countries and how much of their traffic went to the internet’s gazillion shades of grey during June 2013:

The figures don’t include traffic from mobile phones which might have told a different story.

Nor do they account for illegal searches for child abuse, which, as The Guardian notes, are typically hidden away in identity-masking networks such as Tor or peer-to-peer.

"Traffic on adult sites represents a huge portion of what people use the internet for, not just in the UK but around the world ... It is astonishing to see that adult sites are more popular in the UK than all social networks combined."

"People don't just 'stumble' upon adult content. More than 8% of Google UK searches led to adult sites in the past three months."

Of course, one doesn’t want to pick on the UK, particularly given that its surfing predilections aren’t the most sexy, by far.

But thanks to David Cameron, the UK lately has itself been introspective on the topic.

Upcoming changes to UK law include the criminalisation of possessing online pornography depicting rape and subjecting online videos to the same rules that pertain to those sold in licensed sex shops.

Beyond that, the more contentious changes include pervasive network-level filtering of adult content as a default position for internet access throughout the UK.

Is all this fuss warranted?

Criminals and foreign intelligence services plant malware on such sites in order to gain access to and harvest data from government and corporate computer networks, the specialist explained.

But then again, so too do religious sites.

Leave a Reply to Hero of the day Cancel reply