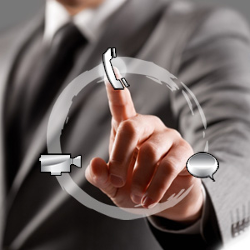 Silent Circle – an encrypted e-mail service similar to Lavabit – says it “see[s] the writing on the wall” and has also shut down its email service.

Lavabit, a service used by whistleblower Edward Snowden that was using public key cryptography to keep messages private in spite of their being stored in the cloud, abruptly shut down on Thursday.

Lavabit said that a gag order kept it from giving details about the legal wrangling that caused it to close.

Founder Ladar Levison said in a statement that it had come down to a decision: either “become complicit in crimes against the American people” or “walk away from nearly ten years of hard work by shutting down Lavabit.”

Silent Circle, for its part, said it hasn’t yet received subpoenas, warrants, security letters “or anything else by any government” – at least, not yet.

"We've been debating this for weeks, and had changes planned starting next Monday. We'd considered phasing the service out, continuing service for existing customers, and a variety of other things up until today.

It is always better to be safe than sorry, and with your safety we decided that in this case the worst decision is no decision."

"We apologize for any inconvenience, and hope you understand that if we dithered, it could be more inconvenient."

Silent Circle is not shutting down all its services, mind you – only Silent Mail.

The reason for the selective shutdown is that Silent Mail has “always been something of a quandary,” the company said.

Email that uses standard Internet protocols – with SMTP, POP3, and IMAP – can’t be secured end-to-end, as it has “far too many leaks of information and metadata” that’s intrinsic to the email protocols.

But the email shutdown goes deeper than these issues.

In a statement given to TechCrunch, Silent Circle CEO Michael Janke said that the company’s high-profile, at-risk users are simply bound to be targeted by governments:

"There are some very high profile people on Silent Circle - and I mean very targeted people - as well as heads of state, human rights groups, reporters, special operations units from many countries.

We wanted to be proactive because we knew USG [US Government] would come after us due to the sheer amount of people who use us - let alone the 'highly targeted high profile people'.

"They are completely secure and clean on Silent Phone, Silent Text and Silent Eyes, but email is broken because govt can force us to turn over what we have. So to protect everyone and to drive them to use the other three peer to peer products - we made the decision to do this before men on [sic] suits show up.

Now - they are completely shut down - nothing they can get from us or try and force from us - we literally have nothing anywhere."

Silent Circle’s pre-emptive closure, on top of Lavabit’s self-suspension, has bolstered critics who say that the survival of the technology sector is being threatened by the US government’s uncontrollable hunger for surveillance.

Jennifer Granick, the Director of Civil Liberties at the Stanford Center for Internet and Society, wrote this of Lavabit’s voluntary shutdown:

"The fact that neither Americans nor foreigners trust the U.S. government and its NSA anymore puts the U.S. communications companies at a severe competitive disadvantage. American law provides almost no protection for foreigners, who comprise a growing majority of any global company's customers.

And even though Americans receive more nominal legal protection, we now know that these legal protects haven't stopped the NSA from wiretaps fiber optic cables inside the United States, warrantlessly gathering Americans' emails and chats from service providers like Google, Microsoft, Yahoo and Apple, collecting phone records on every American for the past seven years, or demanding that companies build, or at least maintain, surveillance backdoors in products advertised as secure from eavesdropping."

Silent Circle is not closing down completely.

The company says that in contrast to its email, its phone, text and teleconferencing offerings – Silent Phone, Silent Text and Silent Eyes – are secured end to end.

The company doesn’t have encrypted data and doesn’t collect metadata from the conversations that take place through these venues, Silent Circle says, so those offerings will continue as they have, while the company continues to work on improving secure communications.

As for Lavabit, Levison says that the company has already begun to prepare paperwork so as to “fight for the Constitution in the Fourth Circuit Court of Appeals.”

He says that a favorable decision would allow him to “resurrect Lavabit as an American company.”