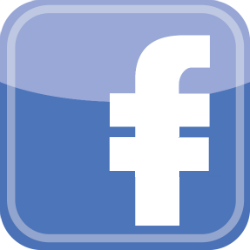 A US District Judge, Richard Seeborg, ruled on Monday that Facebook must pay out a total of $20 million over its Sponsored Stories adverts.

The settlement is the conclusion to a class action lawsuit brought over two years ago over the social networking giant’s use of members’ names and pictures without consent.

The total settlement amount will be divided between some of the affected users as well as attorneys and non-profit groups such as the Electronic Frontier Foundation and Berkman Centre for Internet and Society.

The case (Angel Fraley et al., individually and on behalf of all others similarly situated vs. Facebook Inc) was originally brought before the courts in April 2011.

Five users accused Facebook of using their names and images to advertise products and services through the Sponsored Stories program, without them either opting in or receiving any kind of payment in return. Users have subsequently been able to opt out of appearing in such ads since June last year.

A Sponsored Story is an advertisement that appears on a user’s Facebook page and typically includes a friend’s name and profile picture along with a comment suggesting that they ‘like’ the advertiser in question.

In an official statement on the ruling, Judge Seeborg said:

Although the monetary relief to each class member is relatively small and the percentage of class members who submitted claims is limited, the settlement as a whole provides fair, reasonable, and adequate relief to the class, in light of all the circumstances, including the low probability that a substantially better result would be obtained through continued litigation.

The judge also highlighted how the plaintiffs “faced a substantial burden in showing they were injured by the Sponsored Stories” and that, “in attempting to quantify the value of the settlement’s injunctive relief, plaintiffs have repeatedly relied primarily on their argument that Facebook benefited, rather than that class members were harmed.”

Under the terms of the settlement, Facebook will also have to change the Statement of Rights and Responsibilities which governs how user information can be used on the site.

The social giant will also be required to provide more information about similar programs in the future at an estimated cost of $145 million in advertising revenue, according to lawyers for the plaintiffs.

It’s estimated that around 150 million Facebook users had their names and pictures used to promote Sponsored Stories, earning the company a profit of around $73m in total. However, only around 614,000 of those users are eligible to receive the compensatory amount of $15 set by the court – those who responded to an email from Facebook earlier this year.

Given how much Facebook makes from Sponsored Stories – $234 million between January 2011 and August 2012 – i wonder if a rapid restructuring of the program will be now be seen.

6 comments on “Facebook pays out $20 million in personal ads settlement; each user gets $15”