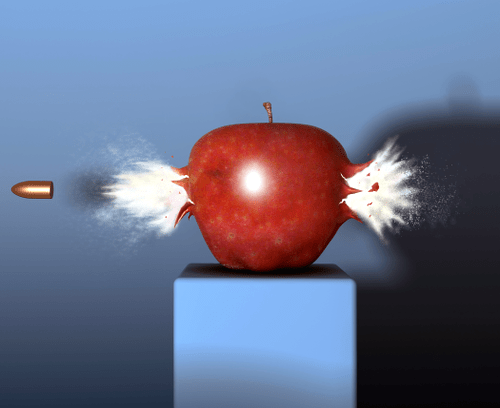 Six months ago, we wrote about a risky bug in the sudo command, the Unix equivalent of Run As... on Windows.

You use sudo to run an operating system command as a different user, usually root, the all-powerful Unix administrator account.

This means that bugs in sudo are not to be sniffed at, and we were happy, back in March, to be able to praise the curators of the Sudo project for their rapid response.

Our comprehensive analysis of the bug, and why the sort of programming that caused it (in-band signalling) is probably best avoided, can be summarised as follows:

You may wonder why sudo -k resets the timestamp to 01 January 1970 (the earliest date Unix cares about, represented as zero in numeric terms), rather than simply deleting the /var/db/sudo/username directory altogether, which would be a simpler and safer approach.

The reason is that if you have never run sudo before, it doesn’t just ask for your password, but gives you a little “pep talk for newbies” first.

On OS X, it’s terribly businesslike, and looks something like this:

Linux is a bit more community oriented, and wanders into social ethics:

Without the file /var/db/sudo/username, you get the pep talk every time.

Apparently, being confronted with a helpful warning when you are no longer a newbie is considered infra dignitatem, so anyone who deliberately gives up their five-minute sudo privilege window with the -k option is treated with kid gloves.

Thus the special meaning of 01 January 1970: it suppresses the mini-lecture, but still asks for your password.

Anyway, the risky bug, which existed until February 2013, was that if the clock ever actually did get set to 01 January 1970, anyone who had run sudo before would seem to have run it within the last five minutes.

As a result, they could run anything they wanted as root without entering a password.

What can you do about it?

• Deauthenticate yourself with sudo -K rather than sudo -k.

Instead of setting your timestamp to the special value of 01 January 1970, this option removes the timestamp directory altogether, as if you had never run sudo before.

Next time you run sudo you’ll get the mini-lecture and be asked for your password.

Even if the 01 January 1970 bug isn’t patched, it can’t be exploited if the /var/db/sudo/username file doesn’t exist.

• Consider setting the timestamp_timeout value to zero in the sudo configuration file.

This means that there is no convenience period within which you can run sudo again without being asked for a password.

• Reduce the number of users in the OS X admin group.

If you aren’t in admin then you aren’t allowed to use sudo, which reduces the overall attack surface area.

You can see the group members with the command:

You can remove unwanted users (but don’t delete yourself if you are the administrator!) like this: Macports is not an undertaking to be entered into lightly, but it does give your OS X computer access to a huge range of handy open source goodies that you’ll wonder how you ever managed without.

The Macports version of sudo isn’t bang up to date, but it is patched against the 01 January 1970 flaw.

How can you tell if you’re OK?

Run the command sudo -V to show you the version string.

Should you say something to Apple?

Why on earth not?

You’re probably surprised to learn that the same company that excels at bringing completely new and funky products to market in just a couple of years can’t update within six months an open source tool that it chose to include with its operating system.

So, why not mention that to Apple?

Image of bullet through apple courtesy of Shutterstock.