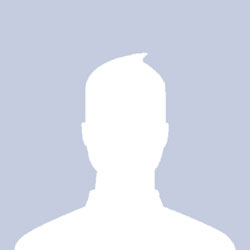 Facebook has published a summary of the updates it’s proposing to make to its Data Use Policy and Statement of Rights and Responsibilities which shows a large volume of rewriting.

Most of the changes are minimal, but one area has caught people’s attention – photo tagging.

Facebook has highlighted how it plans to use members’ profile pictures as an identification tool to allow their friends to tag them in photos.

Apart from in Europe where it has been suspended, when you currently upload a photo to Facebook it uses facial recognition and current tags to suggest tags for those people who appear in the picture.

This proposed new update will allow the social network to take this one step further, by also allowing facial recognition of your main profile picture as a key indicator of your likeness on the service.

We are able to suggest that your friend tag you in a picture by scanning and comparing your friend's pictures to information we've put together from your profile pictures and the other photos in which you've been tagged.

She believes additional tagging will afford users a higher level of control over their personal information because it will make it easier for them to identify posted photos in which they appear. They will then have the option of either de-tagging or reporting photos which they are unhappy about.

Egan also said that any Facebook users who feel uncomfortable with facial recognition in general can opt out of the tag suggesting feature completely, including the use of profile pictures.

But for those who don’t opt out, Egan discussed how facial recognition could evolve further in the future:

Facebook’s facial recognition tool has always been controversial since it’s initial introduction in 2010.

The Irish Data Protection Commission warned in 2012 that it could fine the network up to £80,000 as it reviewed the company’s compliance with Irish and EU privacy laws. Facebook responded by suspending facial recognition in Europe where it remains unavailable to this day.

Other changes to the site’s governing documents include clarification on the use of member details within Sponsored Stories after the settlement of a lawsuit earlier in the week which covered the use of members’ data in advertising campaigns:

We may use your name, profile picture, content and information in connection with ads or commercial content

Facebook users have seven days in which to read the company’s new proposals and provide feedback on the changes.

6 comments on “Facebook to include profile photos in its facial recognition database?”