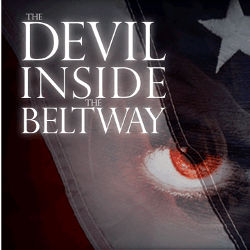 The ongoing data leak saga between medical firm LabMD and “The Man,” in the form of the Federal Trade Commission (FTC) of the United States, has entered its next stage.

This is a curious story that would be amusing were its import not so serious.

If everyone who has contributed to the story is to be believed, it unfolded over a five year period, and goes something like this (remember, this is not necessarily what happened, but what has been variously alleged): Daugherty’s doughtily-named book claims to document “a government power grab and intimidation that if not for the fact that it is all real, would make for an a brilliant novel.”

The book’s marketing material says that what “began with medical files taken without authorization from a laboratory, turned into a government supported extortion attempt,” and vows “to ensure that this does not happen to any other American.”

I’m going to sit on the fence here, and decline to take sides (I’ll leave that to you, our readers, in the comments below).

Instead, I’ll just point out that there is one thing that doesn’t seem to be in doubt: the fact that the offending data was, indeed, grabbable via P2P, five long years ago.

And, as the FTC very plainly points out in its latest communication on this issue:

P2P software is commonly used to share music, videos, and other materials with other users of compatible software. The software allows users to choose files to make available to others, but also creates a significant security risk that files with sensitive data will be inadvertently shared. Once a file has been made available on a P2P network and downloaded by another user, it can be shared by that user across the network even if the original source of the file is no longer connected.

How long does the risk last after a data leak?

Well, according to the FTC:

[I]n 2012 the Police Department [in Sacramento, California,] found LabMD documents in the possession of identity thieves. These documents contained personal information, including names, Social Security numbers, and in some instances, bank account information, of at least 500 consumers. The complaint alleges that a number of these Social Security numbers are being or have been used by more than one person with different names, which may be an indicator of identity theft.

Rather a long time, apparently.

[*] Inside the Beltway is a US English term meaning related to the federal government, its public service, and those who lobby it. It refers to Interstate Highway 495, the Capital Beltway, an orbital motorway that encircles the US federal capital, Washington DC.

8 comments on “Cyberextortion by US gov, or simple P2P security lapse by medical firm?”