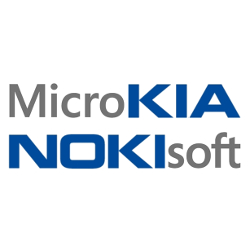 I’m sure you’ve heard the news.

Nokia, once the 200kg gorilla of the Finnish economy – heck, the 400kg gorilla if you like [*] – is to become part of Microsoft.

Microsoft’s press release isn’t as clear as I’d hoped, though that may be more a consequence of my poor fluency in US legalese than an objective assessment of its comprehensibility.

The wording says that Microsoft has decided to “purchase substantially all of Nokia’s Devices & Services business, license Nokia’s patents, and license and use Nokia’s mapping services.”

Substantively, if not substantially, and at least as far as handsets are concerned, it looks as though:

• Microsoft will acquire outright the Lumia and Asha phones and brands.

Lumias are high-end smartphones in both features and price: they have lots of memory, great cameras, cool looks, and the latest Windows Phone operating system.

Ashas are high-end feature phones: they’re stripped down to a price, which makes them good value for money, and they run what’s left of Symbian. (“Low-end smartphones,” as the marketing department might say.)

Keeping the budget handsets, sorry, basic feature phones, as Nokia products under the Nokia brand makes a lot of sense to me.

These devices still sell hugely well in the developing world, where the equivalent of $10 can get you up and running in minutes with a prepaid mobile and an activated SIM card.

Better yet, a charge will easily last you days or even weeks, rather than hours or days – a huge plus for those with only irregular access to mains electricity.

Why confuse a large and lucrative market by reinventing a phone like the Nokia 1280 as a Microsoft device?

Through Lumia and Asha, Microsoft is now explicitly moving into the handset business as well as the mobile operating system business.

Suddenly, Microsoft in Redmond sounds a lot closer to Apple in Cupertino.

The burning question, of course, is, “What will this acquisition do to or for mobile security?”

Over the next two or three years, my feeling is, “Almost nothing.”

That sounds bad, since it implies things won’t get better; in reality, it’s good, because Windows Phone 8 isn’t attracting much interest from cybercriminals at the moment, and that probably won’t change.

Of course, it’ll still possible to get yourself into as much trouble on a Microsoft Lumia smartphone as you could on an Android or iOS device.

If you upload the right file to the wrong person, or lose a smartphone without having encrypted or locked it, or type in your banking password on an imposter site, you may end up in harm’s way regardless of your operating system.

And finally, we have one thing left to do: to look back at the once-dominant market position occupied by Nokia, and ask, “What did Nokia ever do for us?”

Some of us at Naked Security discussed this at some length, with our rose-tinted spectacles on, and we think we have correctly identified the Top Three Legacies of the Nokia era:

1. Snake. (Why would you ever need or want another game for a phone-sized device?)

2. The Nokia Tune. (Want to bet it enjoys a bit of a nostalgia-driven comeback for a while?)

3. S-M-S in Morse code to announce a message has arrived. (You did know that’s what it was, didn’t you?)