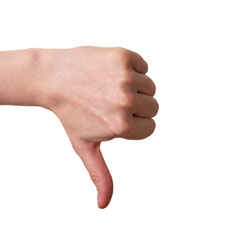 The top six privacy organisations in the US – the Electronic Privacy Information Center, Center for Digital Democracy, Consumer Watchdog, Patient Privacy Rights, U.S. PIRG, and the Privacy Rights Clearinghouse – sent a joint letter to politicians and regulators on Wednesday asking for some of Facebook’s proposed changes to its policies to be blocked.

The letter claims that Facebook’s proposed changes violate a 2011 privacy settlement with the FTC.

Last week Facebook issued proposed changes to its Data Use Policy and Statement of Rights and Responsibilities as part of an agreement that was made in settlement of a class-action lawsuit.

That settlement, covering the social giant’s routine use of user’s names and images for promoting its Sponsored Stories, saw around 614,000 users of the site receive $15 each in compensation for having their personal information used without their consent.

But the letter from the privacy groups argues that Facebook’s new policy wording is actually weaker than before.

The changes will allow Facebook to routinely use the images and names of Facebook users for commercial advertising without consent.

The old statement said users can use their privacy settings “to limit how your name and profile picture may be associated with commercial, sponsored, or related content (such as a brand you like) served or enhanced by us.”

Whereas the new copy says users, “permit a business or other entity to pay us to display your name and/or profile picture with your content or information, without any compensation to you.”

The letter goes on to say that “the pending changes arise from a class action settlement in which the attorneys who purported to represent the interests of Facebook users granted the company a right that was contrary to the company’s policy at the time the litigation was initiated.”

Additionally, the group said that users of the social network who “reasonably believed” that their names and images could not be used for commercial purposes without their prior consent could later discover that “their images could even be used by Facebook to endorse products that the user does not like or even use.”

The Federal Trade Commission must act now to protect the interests of Facebook users and to ensure compliance with the 2011 Order. The Order requires that, "prior to any sharing of a user’s nonpublic user information by [Facebook] with any third party, which materially exceeds the restrictions imposed by a user’s privacy setting(s)," Facebook must make a "clear and prominent" disclosure and obtain the "affirmative express consent" of the user.

The members of the privacy group also took issue with the way that policy changes would impact on younger users of the site.

Under the proposed changes, minors signing up for Facebook will be deemed to have asserted that one of their parents or guardians has agreed to the use of their name, images and other content for commercial purposes.

This wording “eviscerates any meaningful limits over the commercial exploitation of the images and names of young Facebook users,” wrote the group who also commented “This is contrary to the Order and FTC’s recognition that teens are a sensitive group, owed extra privacy protections.”

The group ended their letter by asking the FTC to do something to help.

We urge you to act. The right of a person to control the use of their image for commercial purposes is the cornerstone of modern privacy law. Consumer privacy groups have worked diligently to preserve this right and to protect the interests of Facebook users. Now it is up to the FTC based on the Order that is already in place.

If you have concerns about Facebook’s new policies then you may wish to take a look at our Facebook tips which give some easy suggestions for improving your safety and privacy on the social network.

Image of thumb down courtesy of Shutterstock.