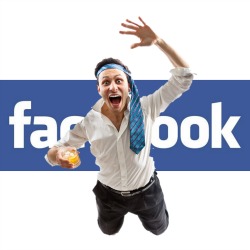 That’s a dangerous perception mismatch, given that at least one previous industry survey found that 69% of recruiters have rejected candidates because of what their social media personas reveal.

The figures concerning students’ blissful ignorance come out of a new study from Persona, a social media utility dedicated to helping Facebook, Twitter, and Google+ users protect their professional reputations.

According to the earlier industry survey about recruiters’ use of social media to screen job applicants, which was done in 2011 by the online image management company TrustedID Reppler and posted on CNN, out of about 300 recruiters surveyed, the vast majority – 91% – said that they trawl the internet to screen job candidates.

In fact, recruiters are nearly unanimous: Persona cites a 2012 Jobvite survey that found that 92% of recruiters planned to mine social media for recruiting.

So, where do college students get the idea that their postings are pristine?

It’s not ignorance at work: 71% of students surveyed by Persona believe that Facebook profiles are “influential” or “very influential” components of hiring decisions.

In spite of that, students aren’t clearing away their tracks. Some of the survey’s findings:

Could it be that students aren’t aware of what, exactly, a potential employer might find objectionable with, for example, pictures of candidates face-down in their oatmeal after one too many?

In an April 2012 write-up of a CareerBuilder survey of some 2,300 hiring managers, AOL Jobs’ David Schepp reported that those responsible for hiring were turned off by these categories of social media missteps:

Sophos has recently been pumping readers full of tips on keeping safe on Facebook, plus some further tips and tricks for Facebook, like how to block someone, or remove certain posts.

If college students need further help with keeping safe on Facebook, as in, keeping safe their chances of ever getting hired, it would behoove them to take a peek at one site that collates truly embarrassing Facebook postings.

If anything on that site raises a sense of déjà vu, you’ve got some cleaning up to do.

It’s not just students who need to be taken to task, here.

We should all be actively monitoring our online presences, including deleting or untagging inappropriate photos and posts on a regular basis.

Have I done that recently? Well… Uhhh… Hmm….

Excuse me, I have a bit of work to do.

Image of party guy and Facebook screenshot courtesy of Shutterstock.

6 comments on “57% of college students think their Facebook postings aren’t vile at ALL!”