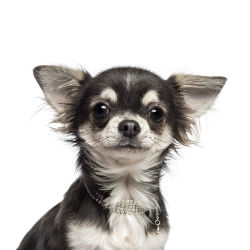 Therefore, my curiosity was, understandably, piqued by the image of a puppy in a blender.

As it turns out, however, the image, tweeted out recently by a fan of boy band One Direction, was not, actually, an illustration for a recipe.

The Tweeter, who claimed she planned to kill her pet Chihuahua because she was bereft at the band’s unfathomable failure to follow her on Twitter, admitted that the threatened puppicide was, in fact, a hoax, The Daily Mail has confirmed.

The images sparked outrage around the world and incentivized The Daily Mail to use six subheads in their story coverage, all with bullets and bold typeface, because, after all, pulverizing pets is nasty, low-carb or no.

The subheads tell the unsavory tale:

* 'Fan' threatned to kill dog with image of dog being pinned to the floor by its throat if the band did not follow her
* When One Direction didn't she posted picture of 'her with dead dog' at the end of August
* But that image was used on South American sites in June on memes
* Other images reportedly from her site show animals in blenders [one kitten, one very cute little dog whose breed I don't recognize] and a small child tied up with similar threats to kill them
*One of those images is an image plucked from Google images
* Retrieved tweets show offending user @illumivato admitted she was a troll on Twitter before her account was suspended

The woman (or man?) had tweeted to the five singers from her @illumivato account some two weeks ago, saying: “Follow me or I’ll break my dog’s neck”.

Attached was a picture of a Chihuahua being pinned to the ground by its throat.

Pet detectives debunked the hoax pretty quickly. One such, Fruzsina Eördögh on Motherboard.vice.com, pointed out the giveaways:

Illumivato posted other images before her account was suspended, including similar threats to celebrities such as Lady Gaga and President Barack Obama that involved blending her cat, blending a non-Chihuahua, shooting another dog, strangling her mother, or killing a child that she “captured” and then bound in duct tape – unless the celebrity in question followed her back, Eördögh reports.

Eördögh conducted a reverse Google image search and determined that the images were old and/or bogus.

The cat in the blender dated back to “at least 2007”, Eördögh writes. Meanwhile, the dog in the blender turned out to be a plush toy that hails from an ad pulled in 2010 after viewers thought it was real.

The Daily Mail reports that Illumivato’s hoax is part of a trend in Mexico wherein Facebook users have been posting shocking pictures to incite comments under the hashtag #palface, short for ‘pone al Facebook’, or “put on Facebook”.

One Direction fans – that would be “Directioners” – have labelled the (hopefully only pretend) puppy-punisher a “psycho”, with one fan setting up a petition demanding that she be imprisoned, and worse.

I believe that a more productive outcome of this story would be that journalists more frequently use image searches to uncover the truth behind stories as often as possible.

Not that blenderizing plush animal toys is necessarily a decent alternative to live puppies, given that it must still be rough on the appliance’s motor, but I think that people would rest easier if the press could reassure them that no animals were harmed in the making of a proposed snack.

Image of Chihuahua courtesy of Shutterstock.