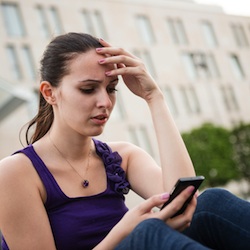 A coalition of US groups that advocate for teenagers is crying foul over proposed changes to Facebook policy that would rubber-stamp the use of teenagers’ names, images and personal information to endorse products in advertisements.

The coalition, which includes over 20 public health, media, youth, and consumer advocacy groups, sent a letter to the Federal Trade Commission (FTC) on 17 September asking that the government take a closer look at how the proposed changes will expose teenagers to the same “problematic data collection and sophisticated ad-targeted practices that adults currently face.”

The changes to Facebook’s Statement of Rights and Responsibilities will give the site permission to use, for commercial purposes, the name, profile picture, actions, and other information of all of its nearly 1.2 billion user base, including teens.

The group also objects to new language, directed at 13-17 year-old users, that says that if you’re a teenager, and you’re on the site, Facebook assumes it has consent from your parent or legal guardians to use your information.

If you are under the age of eighteen (18), or under any other applicable age of majority, you represent that at least one of your parents or legal guardians has also agreed to the terms of this section (and the use of your name, profile picture, content, and information) on your behalf.

Joy Spencer, who runs the Center for Digital Democracy’s digital marketing and youth project, said parents, for one, should be worried about the proposed privacy policy changes:

These new changes should raise alarms among parents and any groups concerned about the welfare of teens using Facebook. By giving itself permission to use the name, profile picture and other content of teens as it sees fit for commercial purposes, Facebook will bring to bear the full weight of a very powerful marketing apparatus to teen social networks.

The coalition for teens is just the latest to join in the hue and cry over the proposed privacy policy changes.

On 4 September, the top six privacy organisations in the US – the Electronic Privacy Information Center, Center for Digital Democracy, Consumer Watchdog, Patient Privacy Rights, U.S. PIRG, and the Privacy Rights Clearinghouse – sent a joint letter to politicians and regulators asking that some of Facebook’s proposed changes be blocked.

Facebook had issued the proposed changes as part of an agreement that was made in settlement of a class-action lawsuit.

However, the changes would actually weaken the privacy policy’s wording, this earlier letter claims, and would violate a 2011 privacy settlement with the FTC.

Furthermore, the amended language regarding teens “eviscerates” limits on commercial exploitation of the images and names of young Facebook users, the letter states.

The amended language involving teens - far from getting affirmative express consent from a responsible adult - attempts to "deem" that teenagers "represent" that a parent, who has been given no notice, have consented to give up teens’ private information. This is contrary to the Order and FTC's recognition that teens are a sensitive group, owed extra privacy protections.

Facebook was supposed to update its policy two weeks ago but has delayed the decision following the six consumer watchdog groups’ petition of the FTC to block the changes.

In an emailed statement to the LA Times, Facebook said that it put on the brakes in order to get this thing right:

We want to get this right and are taking the time to review feedback, respond to any concerns, and clarify the explanations of our practices. We routinely discuss policy updates with the FTC and are confident that our policies are fully compliant with our agreement.

In my opinion, Facebook won’t get it right until it embraces the radical notion of opt-in as opposed to making users continually jump through hoops to opt out of having their personal information used in ever new ways.

As far as deemed consent goes, it’s ludicrous to presume that teens on Facebook are a) there with their parents’ blessing and b) that that presumed blessing somehow includes letting their child’s likeness be plastered onto every money-generating shill that Facebook advertisers can cook up.

The proposed changes predate last week’s truly awful incident, when a Facebook advertiser got hold of two images of a gang-rape and suicide victim and used them in dating ads.

The proposed changes go beyond teens’ images, of course, to encompass all their personal data, including their posted activities. Do we really think that the online history of children should be fair game for Facebook, when even adults leave often breathtakingly embarrassing, not to mention career-threatening, trails?

As far as images in particular go, perhaps the case I mention is only tangentially related to the proposed privacy policy changes. Maybe it just comes to mind because it tastelessly featured images of a teen who met a horrific fate.

Maybe it comes to mind because the images of children, to my mind, should be considered too precious to play games with, or perhaps even to generate profits from.