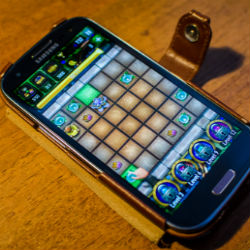 I’ve been a video games player for longer than I care to remember, having been initiated to the world of computers via Clive Sinclair’s awesome ZX81.

Back then, when the world (and the computer’s video output) were all in black and white, it was a cheaper hobby than it is today. If I wanted a new game I could go to the shop and get one for a week’s pocket money. If I hadn’t been good enough to earn any I could always show off my own BASIC programming skills and make an adventure or snake-type game.

Later, when my kids reached a certain age, computers had made way for consoles and the games are altogether far more expensive, though it goes without saying that the addition of colour, sound and network play does make for a far more compelling experience.

Thankfully, there are still a few other options for children to get their gaming fix though. The rise of smartphones and social sites has led to hundreds of developers creating games that are free or relatively cheap to play.

There is a danger with these browser games and phone apps though, as highlighted by the UK’s Office of Fair Trading (OFT), who recently concluded an April 2013 investigation into how such games complied with consumer protection law.

The OFT examined the commercial practices of 38 unnamed web and app-based games which it felt specifically targeted children. They said some of the concerns their investigation had discovered included:

As a result, the OFT has established eight principles, which will apply to both apps and internet browser video games.

These new guidelines include:

The Office of Fair Trading also made it clear that developers should realise that their games appeal to children and so any language they use should assume that the ‘average consumer’ is a minor. As such, developers are warned not to use practices that could exploit a child’s inexperience or to suggest that a decision not to spend money in-game could lead to a character or other player feeling let down in some way.

In some of the worst examples of the above, the OFT discovered that players were denied promised rewards if they didn’t spend money. In one case a child was told their virtual animal was “ill” but could be cured via an in-game payment.

This is a new and innovative industry that has grown very rapidly in recent years, but it needs to ensure it is treating consumers fairly and that children are protected.

These principles provide a clear benchmark for how games makers should be operating. Once they are finalised, we will expect the industry to follow them, or risk enforcement action.

The OFT has given interested parties up until 21 November to respond to the guidelines and will then publish a final revision in February 2014 ahead of enforcement action commencing from April onwards.

Whether those behind such gaming apps will take heed of the guidelines immediately remains to be seen and I suspect there will be as much resistance as consumer protection laws allow.

With there now being thousands of free and cheap apps and games many people are becoming reticent about paying for something they may play just once. Developers are aware of this and so they look to maximise their profits in any way they can, including putting pressure on kids to ask parents to fund in-game purchases.

Ultimately, I believe the best solution to the problem of in-game spending lies not with the OFT or games makers, but with parents who need to take the responsibility of both educating their children and monitoring their use of the multiple devices they now use to connect to the worldwide shark pool.

Image of child and father on phone courtesy of Shutterstock. Image of phone and game by Flickr user Sergey Galyonkin

3 comments on “Game apps under fire from consumer law makers”