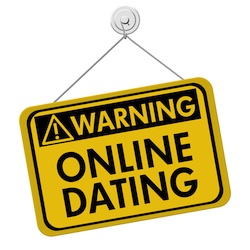 A Vancouver man has lost $500,000 (CAD) to online scammers after being pulled into a complex, long-term fake romance con by a man he met on a dating site.

The crooks behind the scam are thought to have been operating out of London, with one suspect believed to have been arrested by UK police. The money, which includes a chunk of retirement savings cashed in by the victim, is unlikely to be recovered though.

The man, referred to only by the pseudonym “Tony” in the report from Canada’s CBC News which investigated the story, met a man on a dating site and then moved their discussions over to Yahoo! Messenger, where “romance blossomed” over the next six weeks.

Having laid the groundwork, the scam then got into gear when Tony’s new love claimed he had been stranded in Malaysia with no access to cash to pay the necessary bribes. Tony was then persuaded to pony up multiple “loans” to help out, the total eventually mounting up to an epic half a million dollars.

Somewhat unusually, Tony finally cottoned on to the scam and decided to fight back, hiring investigators to look into his tormentors, who were tracked down to a company operating on the edge of London. Police in both Vancouver and London were brought in, and charges are thought to be imminent.

Tony apparently resorted to online dating as he found meeting potential partners in the real world difficult – a situation which seems to be ever more common, given the explosive rise in popularity of online romance sites, which have gone from social stigma to accepted norm over the last few years.

The human need for companionship has always been a standard weapon in the cybercrook’s arsenal, with emails offering the chance of companionship (or at least sex) a common sight for many years.

The rise of online dating has of course been spotted by the same cybercrooks, looking to exploit every weakness of the web-using world. The trick of being stuck in dubious foreign lands with difficult local authorities is also a standard tool, commonly used in the venerable 419 scam and in more personal cons, like the one where a contact tries to persuade you they’ve been robbed on holiday and need funds to get home – even big-name politicians have been targeted in this way.

Romance scams have become an industry of their own, netting huge amounts annually from unwary victims, although few are taken for quite as much as poor “Tony”.

So, to avoid being the next in a long line of dupes, keep on your toes.

Don’t go giving money to online contacts you don’t really know, even if they sound like Mr or Ms Perfect.

Don’t fall for the old “if you can stump up a few grand for plane tickets and a new wardrobe, I’ll be right over there to love you forever” line, any more than you would be taken in by the one that goes “we just need a few hundred to free up the few million we can get for you”.

Even if people you do know ask for money in odd circumstances, be wary and make sure you check it’s really your buddy who’s asking for cash to bribe those dodgy foreign officials.

Above all, try to keep your online activities controlled by your logical brain, rather than those baser urges. A sceptical mind is often the best defence.