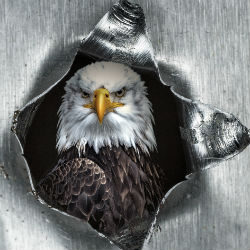 The “Made in the USA” label has become tainted by fallout from revelations about US surveillance, industry watchers say, while overseas governments are working to build data-privacy havens that are giving US technology services and products a run for their money.

The Information Technology and Innovation Foundation (ITIF) estimates that such fallout could cost Silicon Valley up to $35 billion* in annual revenue, much of it from lost overseas business, the Wall Street Journal reports.

As the ITIF outlined in an August 2013 paper titled “How Much Will PRISM Cost the U.S. Cloud Computing Industry?”, the US has been the one to beat in the worldwide cloud computing market, and countries were already investing money to do that – at the government level – before the surveillance revelations about the NSA.

Neelie Kroes, European commissioner for digital matters, said in July that indeed, were she an American cloud provider, she’d be “quite frustrated with my government right now,” predicting that US cloud services providers could well be looking at major business losses:

Why would you pay someone else to hold your commercial or other secrets if you suspect or know they are being shared against your wishes?

It is often American providers that will miss out, because they are often the leaders in cloud services. If European cloud customers cannot trust the United States government, then maybe they won't trust US cloud providers either. If I am right, there are multibillion-euro consequences for American companies.

Another data point to round out the $35 billion figure comes from the Cloud Security Alliance, an industry group.

The alliance conducted a survey this summer which found that 56% of non-US members said security concerns made it less likely that they would use cloud services based in the US.

Another 10% reported having already canceled a contract, the WSJ reports.

There are overseas cloud service providers that are more than happy to pick up that slack.

But data is anything but static. It doesn’t obediently sit inside the confines of a country with stronger privacy protection than the US.

Ronaldo Lemos, director of the Institute for Technology & Society, a Rio de Janeiro think tank, put it this way to the WSJ:

It basically ignores the entire internet ... This data has to circulate. It's going to be sent to Miami, to Europe. It's not going to be sitting idle.

A case in point is that of Brazil, a country that’s reacted fiercely to the US’s use of surveillance.

In September, Brazilian President Dilma Rousseff, reacting to allegations that the NSA eavesdropped on her phone calls and emails, announced plans to create an undersea fiber-optic cable that would bypass the US entirely by directing internet traffic between South America and Europe.

She also urged legislators to pass an amendment that would force technology players such as Google and Microsoft to store data for Brazilian users on in-country servers.

But none of that is likely to stop the NSA, says Christopher Soghoian, principal technologist and senior policy analyst at the American Civil Liberties Union (ACLU), given that the US already has a nuclear submarine dedicated to tapping undersea internet cables.

Soghoian put it this way to The Verge:

Just because you take steps to make it more difficult for the NSA doesn’t mean the NSA packs up their stuff and goes home.

Besides, as the WSJ points out, Brazil isn’t all that hot at protecting its own citizens’ privacy: Facebook, for its part, reported that Brazil made 715 requests for Facebook user data in the first half of 2013.

A WSJ quote from Roberto Valerio, whose German cloud-storage company, CloudSafe GmbH, reports a 25% rise in business since the NSA revelations, sums it all up:

At the end of the day, some agency will spy on you.

What do you think? Do you agree with the ITIF that the US is on track to lose the whopping sum of $35 billion because of the NSA?

And what about these overseas cloud service providers and politicians? Are they offering anything but smoke and mirrors, at the competitive expense of US businesses?

*How trustworthy is such a massive figure? For what it’s worth, ITIF is a well-respected think tank. It ranked No. 5 on the 2012 Top 50 Science and Technology Think Tanks [PDF] report from the University of Pennsylvania, has been described as “scrupulously nonpartisan” by Inc. Magazine, and was deemed “one of the leading, and most prolific, tech policy think tanks” by Ars Technica.

Images of hole and eagle courtesy of Shutterstock.

11 comments on “Is the NSA ripping a $35 billion hole in US business?”