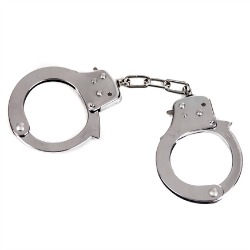 Eight more people have been arrested in the wake of the shutdown of Silk Road, the online, illegal-drug bazaar.

Keith Bristow, Director General of the UK’s newly established National Crime Agency (NCA), said in a statement that there are more arrests in the works:

These latest arrests are just the start; there are many more to come.

Of the eight suspects, four were arrested in the UK, one in Sweden, and three in the US.

The British suspects, arrested within hours of the FBI having collared the suspected mastermind behind Silk Road, Ross Ulbricht, included one man in his early 50s from Devon and three in their early 20s from Manchester.

NPR reports that US authorities have also charged two people in Bellevue, Washington, after identifying one of them as a top seller on Silk Road. He was arrested on 2 October, and his alleged accomplice turned herself in the next day.

In Sweden, another two men – one 29-year-old, the other 34 – from the coastal city of Helsingborg were arrested on suspicion of distributing cannabis over Silk Road, the local Helsingborgs Dagblad reported on Tuesday.

The Swedish newspaper didn’t mention the date of the two men’s capture, but most, if not all, of the eight arrests took place within days of last week’s arrest of Ulbricht, who was taken into custody at a public library in San Francisco.

In an affidavit filed in connection with Ulbricht’s arrest, the US Federal Bureau of Investigations (FBI) said last week that it had located multiple servers, both within and outside of the US, associated with Silk Road’s operation, including the server that hosted the site.

Unraveling the network of drug dealers and consumers on the marketplace is presumably going to take some time, given the volume of its user accounts.

That number doesn’t necessarily correspond to actual users, given that some may have multiple accounts, but the FBI agent who filed the affidavit said that the number points to hundreds of thousands of unique visitors.

Those people should be nervous.

Nicholas Weaver, a researcher with the International Computer Science Institute in Berkeley and the University of California, in San Diego, told NPR that Silk Road’s eBay-like customer review system means that law enforcement now has its hands on months’ worth of sales records, all easily traceable, given the nature of the Bitcoin transfers on which Silk Road ran its billion-dollar operations.

Law enforcement said that the now-shuttered Silk Road was one of the world’s largest online markets for illegal drugs, branding itself an “anonymous marketplace” because users accessed the site through the Deep Web – aka the Darknet or Hidden Web.

But even though the NSA, to quote the “Tor Stinks” presentation published by The Guardian on Friday, “will never be able to de-anonymize all Tor users all of the time,” in this case, law enforcement has its hands on the servers that allow it to do just that with Silk Road buyers and drug dealers.

As the NCA’s Bristow warned, users shouldn’t buy into Silk Road’s promise of hiding their identity on the internet:

These arrests send a clear message to criminals; the hidden internet isn't hidden and your anonymous activity isn't anonymous. We know where you are, what you are doing and we will catch you.

It is impossible for criminals to completely erase their digital footprint. No matter how technology-savvy the offender, they will always make mistakes and this brings law enforcement closer to them.

These so called hidden or anonymous online environments are a key priority for the National Crime Agency. Using the expertise of over 4,000 officers and the latest technology, we will arrest suspects and disrupt and prevent their illegal activity to protect the public.

3 comments on “Silk Road leads to eight arrests in US, UK, Sweden”