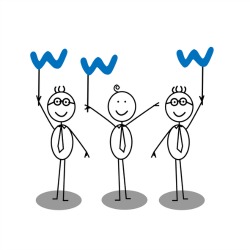 It coincided with the one year anniversary of Canadian teen Amanda Todd’s suicide. Todd’s story was highly publicized last year after it was discovered that she had previously posted a video on YouTube describing her torment and subsequent descent into depression.

What does this have to do with security? Well, it brings up another topic that is just as important – cyber bullying and online safety.

The proliferation of internet connected devices has meant that everything we potentially do in public, and sometimes in private, can be recorded and later posted online. Sometimes without our knowledge or consent.

Such was the case for Amanda, who was blackmailed and tormented online after an unknown man convinced her to expose herself, then posted the pictures online. She was then further bullied, harassed and humiliated online by some of her peers.

Unfortunately Amanda’s story isn’t the only one. Nova Scotia teen Rehtaeh Parsons, Californian Audrie Pott, and others have taken their own lives after episodes of online humiliation and cyber bullying.

Just as we may find it necessary to use web filtering technologies to shield our kids from the less savoury parts of the internet, we also need to take an active role in ensuring that they behave appropriately while online.

I have kids of my own, which means that I understand the latter is easier said than done. But my role as a security expert is not only to provide technologies that will make my children’s online activities more secure, but also to give them the tools to be both good online citizens and recognize harmful behaviour.

It also means teaching them that even though they may not be the target of cyber bullying, they can still actively try to prevent and/or report it.

Carol Todd, Amanda’s mother, has spent the last year building awareness about (among other things) cyber bullying and the impact of social media on teen’s lives. She is also encouraging others to get involved and join the fight against bullying in all its forms.

This is also why the National Cyber Security Alliance’s ‘Stay Safe Online‘ campaign is so important. It provides a comprehensive set of resources for our personal online safety as well as resources for teaching others to be safer online.

Programs like these are invaluable and essential when we consider the increasing magnitude of our online presence.

The more awareness we can build around online safety, the better we equip the next generation of online citizens with the technological and social tools to be safer online and reduce the incidents of online bullying.

It’s important to remember that respect is both earned and learned. Let’s teach our kids to be safer and respect each other even when they’re not face-to-face.

If all else fails, remember Wheaton’s Law.

We owe Amanda, Rehtaeh, Audrie and countless others affected by cyber bullying at least that much.

One comment on “Online safety is our shared responsibility”