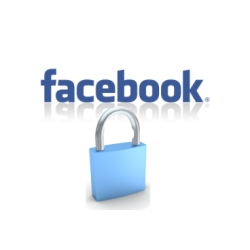 Users between the ages of 13 and 17 had up until now been allowed to share only with friends or friends of friends.

Now, the world is their oyster. They may share information with the general public.

Or, as privacy watchdogs see it, teens are now succulent morsels for marketers to slurp up.

However, Facebook’s policy changes also now give them the option of opening the door all the way – allowing them to share posts with the general, teeming world of the internet, in all its glory, goodness, depravity and sheer, capitalist drive to sell more potato chips or sports drinks or what have you to those with not-yet-developed neural anatomy.

Teens will also be able to turn on “Follow” so that their public posts can be seen in people’s News Feeds. As always, Facebook said, followers can only see posts for which they are in the audience.

As it is, privacy groups were already up in arms before this change.

In September, they sent a letter to the US Federal Trade Commission (FTC), asking that the government take a closer look at Facebook’s proposed privacy changes and how those changes will negatively impact teens.

Of particular concern is a change to Facebook policy that would rubber-stamp the use of teenagers’ names, images and personal information to endorse products in advertisements.

One of the privacy watchdogs petitioning the FTC, the Center for Digital Democracy (CDD), said in a blog posting on Wednesday that letting teens post publicly is yet another blow to privacy safeguards.

In fact, Facebook’s claims that the change will bolster teens’ privacy is bogus, the CDD charges:

Facebook is being dishonest with parents and teens. To parents and teens, Facebook is claiming they are giving them more options to protect their privacy. But in reality, they are making a teen's information more accessible, now that they have the option to post publicly. Today's announcement actually removes a safeguard that teens currently have, that they only can expose (share) their posts with friends of friends. Under Facebook's new plan, a teen can share their information with anyone on Facebook or the Internet.

Beyond that, the CDD says, allowing teens to post publicly pretty much boils down to a win for companies that will be able to more easily hawk things such as junk food at teens:

[The privacy policy] change ... potentially [gives] teens the same exposure that adults have on its platform. As marketers stealthily mine social media data, they will capture a teen's public posts. That data will help create more robust data profiles of teens to be used for targeting. If a teen posts publicly—about a brand or not—it's all available for marketers. Junk food and other companies have now been given a better opportunity by Facebook to target teens.

Besides more efficiently turning teens into marketing targets, Facebook’s latest announcement is, in my opinion, a declaration that Facebook lives on a different planet than the rest of us.

On this planet, teens (or their friends) apparently don’t accidentally post things publicly, such as a party invitation that leads to 600 gatecrashers trashing the home of parents away on vacation.

In its announcement, Facebook buttered up the teen demographic, saying this age group is “among the savviest people using social media,” and saying that “whether it comes to civic engagement, activism, or their thoughts on a new movie, they want to be heard.”

But do they really want to be heard on Facebook?

I heard they’re hanging out at Tumblr, so maybe that’s wishful thinking on Facebook’s part.

What do you think? If you’re a parent, are you fine with the idea of your teen publicly posting?

Or does it haunt you with the specter of having your kid a) ruthlessly marketed at and/or b) posting truly embarrassing, potentially career-crushing Facebook updates?

That’s why it’s offering extra reminders before teens will be allowed to share publicly.

When teens choose “Public” in a posting’s audience selector, they’ll see a reminder that the post can be seen by anyone, not just people they know, with an option to change the post’s privacy.

If teens choose to continue posting publicly, they’ll be given one more reminder.

Parents, is that enough of a safeguard, to your mind?