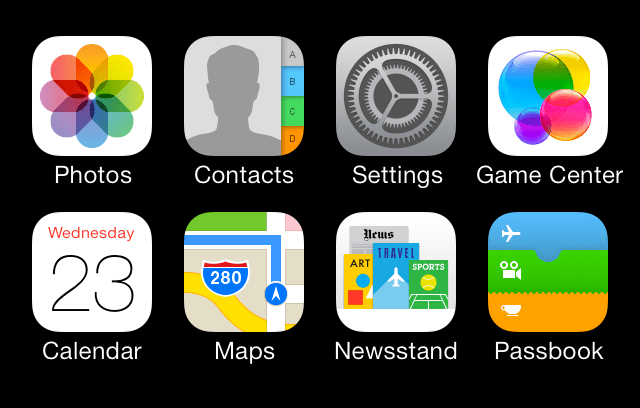 Soon after iOS 7 came out, a pair of holes in the lockscreen were outed and then quickly fixed in iOS 7.0.2.

It turns out that Apple didn’t fix future problems of this sort proactively, because the just-announced iOS 7.0.3 closes three more locked-phone holes.

The three bugs this time deal with similar problems to those patched in 7.0.2:

Interestingly, the bug fix for the emergency call problem is described as follows:

If you are experiencing déjà vu, you should be, because you’ve seen this before, in the iOS 7.0.2 security notes:

As we explained last time, NULL pointers (references to memory addresses) can’t be dereferenced – that makes no programmatic sense, since a NULL pointer is, as a matter of definition, one that doesn’t point anywhere.

When a progam tries to dereference NULL, it’s almost impossible to determine what the programmer intended – who knows what memory location was supposed to be used instead? – so the operating system has little choice but to terminate it.

So, correcting the NULL dereference wasn’t the wrong thing for Apple to do, but it clearly wasn’t enough to deal generically with this sort of lockscreen flaw.

When iOS 7.0.2 came out, we offered the following observations:

Of course, that’s easier said than done, because mobile phone regulators pretty much mandate some sort of bypass mechanism in a phone’s lockscreen.

That’s so emergency calls can be made any time the phone is powered up and in contact with the network. (You can even make 911 calls without a SIM card, for example).

That makes it hard to implement a lock screen “in reverse” – in other words, so that the phone is only unlocked when the lockscreen software is running, not the other way around – and it probably explains Apple’s reluctance to make big changes in the way the lock screen works for what is just a point release of iOS.

The flip side of that, if it’s true, is that iOS 7.0.3 ought to be uncontroversial, due to making only modest code changes inside the operating system.

In other words, if you are keen on security, you may as well make sure you grab this update as soon as you can, if your phone hasn’t done it for you already.

One comment on “Apple releases iOS 7.0.3 – fixes yet more lockscreen holes, including a call-anybody bug”