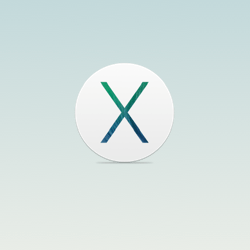 Apple’s OS X 10.9, better known as Mavericks, is officially out.

The burning question for OS X fans everywhere, of course, is, “Should I or shouldn’t I?”

The positive spin is that the $29 fee Apple has charged for previous OS X “dot releases” has vanished.

Just like the uplift from Windows 8 to Windows 8.1, shifting from Mountain Lion (OS X 10.8) to Mavericks is free.

The negative spin is that since this is a dot release, there might just be more to go wrong than in a point release – just like happened in the uplift from Windows 8 RT to Windows 8.1 RT, which caused trouble for some early adopters.

Will Mavericks go wrong if you install it right away?

Industry veteran and former Naked Security colleague Graham Cluley, for example, is dead keen on staying away – so much so that he’s even retweeted himself (I didn’t know you were allowed to do that) to tell us so.

Digital lifestyle site Lifehacker also warns you to stay clear, saying without giving data that Mavericks “suffers from a speed decrease” (you or I would probably just have written that it was slower), and calling it “imperfect.”

Mind you, the site also says, with doubly ironic orotundity, that “you should have no trouble work under the new OS without trouble.”

I’d love to tell you that Graham is just being a scaredy-cat and Lifehacker merely stirring, but I can’t – and not for want of trying.

It’s just that at 5.29GB, over a mobile network, I’m still waiting for the Mavericks installer to download itself.

There is one thing that neither Graham nor Lifehacker took into account, however, and that’s the fact that Mavericks (the first OS X release not named after a type of cat) is a security upgrade, too.

In fact, the list of security fixes is, to me, the most interesting part of 10.9.

There’s a fix for dealing with “a format string vulnerability [that] existed in Screen Sharing Server’s handling of the VNC username.” (CVE-​2013-​5135.)

And there’s even a fix for an RCE hole in the kernel itself, caused by incorrect bounds checking, which implies that there was an exploitable buffer overflow. (CVE-​2013-​3954.)

But there are other important operational fixes, notably for security features that gave a false sense of security, because even when turned on, they didn’t always work.

Here are some examples:

Mavericks also includes a brand new release of Safari, version 7, that includes a raft of security fixes published to pre-Mavericks users as Safari 6.1.

In short, it sounds to me as though Mavericks is probably an update you do want to get, though I can’t put my hand on my heart yet and say, “She’ll be right.”

While that’s happening, I’m sorting out my backups – always a good idea anyway – and installing the 50MB Safari 6.1 update on my Mountain Lion system.

And, I hasten to add, I’m getting ready to make a copy of the Install OS X Mavericks.app package out of the /Applications folder as soon as the download finishes, so I never need to download it again

If you’re an Apple fan, where do you sit on Mavericks?

Or keen on security and ready to update right away?