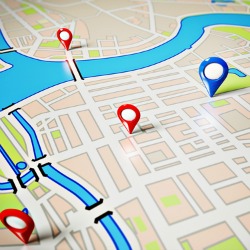 Attaching a GPS to a car without a search warrant is unconstitutional, the US Court of Appeals for the Third Circuit ruled on Tuesday.

The decision comes as a victory for the privacy groups that filed an amicus brief in November 2012, asking that the court consider whether law enforcement agents should have to obtain a warrant based on probable cause before attaching a GPS tracker to a car and tracking its movements.

The case involves a GPS tracker that police attached to a car belonging to Harry Katzin.

Police suspected that Katzin, along with his brothers Mark and Michael Katzin, had robbed a number of Rite Aid pharmacies in the US state of New Jersey in 2009 and 2010.

All three brothers had criminal histories that included burglary and theft. In addition, Harry had been found crouching beside some bushes outside of a Rite Aid that reported suspicious activity.

Police knew where he parked his van, the court papers say.

In the early hours of a mid-December morning, they went to the street in Philadelphia, and without going before a judge to get a warrant, they attached a so-called “slap-on” GPS tracker to Harry Katzin’s van.

The trackers are called slap-on because they magnetically attach to a vehicle, are battery-operated, and require no electronic connection to a car.

Police used the GPS tracker to follow the Katzins when they traveled to another Rite Aid, where they were arrested.

The case revolved around the Fourth Amendment to the US Constitution, which prohibits unreasonable searches.

The American Civil Liberties Union (ACLU) had argued in its amicus brief that warrants are essential in such cases because, as the Supreme Court has written, they provide “the detached scrutiny of a neutral magistrate, which is a more reliable safeguard against improper searches than the hurried judgment of a law enforcement officer engaged in the often competitive enterprise of ferreting out crime.”

The ACLU said that the safeguard of a warrant is particularly important with GPS tracking, which is “cheap, convenient, difficult to detect, and highly intrusive.”

The ACLU went on:

Because cost and effort will not deter excessive and unjustified use of GPS tracking, it is essential that courts impose strict requirements before Americans are subject to this powerful technology.

And we have most certainly been subjected to this powerful technology.

Courts are grappling with the intersection between GPS, drones, mobile phone data, and the Fourth Amendment.

One such case, United States v. Graham, involved police having amassed an astonishing 221 days worth of cell phone records, all retrieved without a warrant. In another case, United States v. Jones, the US Supreme Court held last year that GPS tracking by attaching a device to a vehicle constituted a search under the Fourth Amendment.

That case didn’t address whether warrants were reasonable and thus lawful under the Fourth Amendment, the court of appeals said on Tuesday.

Given that the police acted unconstitutionally in the case of Katzin, the court said, all evidence collected from the police via GPS tracker will be suppressed.

The government had argued that it’s tough to establish the probable cause needed for a warrant without using information such as GPS data to back it up.

Harry Katzin was found crouching in some bushes. A search showed he was equipped with electrical tools, gloves, and ski masks.

What do you think, is that not enough to establish probable cause? Did police really need to track his van without a warrant?

Legal experts, I’d love to get your input in the comments section below.

Image of gavel and GPS map courtesy of Shutterstock.

23 comments on “Warrantless GPS tracking of vehicles is unconstitutional, US court rules”