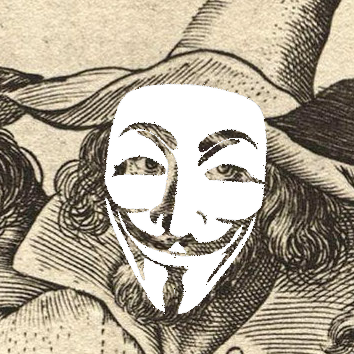 An anonymous person, claiming to be Anonymous, recently fired off a hacking threat against Singapore’s financial systems.

The threat was detailed in a video posted on YouTube, apparently under a real user’s name, and came with a full transcript – a wordy one, if the truth be told – detailing what was planned and why it should be taken seriously.

The video has now been removed, as you’d probably expect if a compromised account had been used: As I didn’t save the transcript when it was available (the internet has a Murphy’s Law way of retaining things you would rather remove, and vice versa, doesn’t it just?), I shall have to go from memory here:

Anonymous here ... Warning to Singapore about censoring the internet ... Stop it or we'll attack your financial systems to pay you back ... You think you'll keep us out? Ha! ... Also, wear clothes in [redacted] colours on the Fifth of November to show solidarity, and change your Facebook profile picture to a giraffe! [*] ... We never forget, and the rest of our motto.

Of course, anyone can claim to be “Anonymous,” and many have done so.

And there’s often some sort of action proposed under the Anonymous banner for 05 November.

Anonymous uses an image of Guy Fawkes on its mask logo. Fawkes was caught underneath the parliament buildings in England, along with a huge stash of gunpowder with which he and his co-conspirators apparently planned to blow the government to smithereens, back on 05 November 1605.

That’s the connection. (“Remember, remember, the Fifth of November. Gunpowder, treason and plot!”)

We’ve already been asked, “Should this threat be taken seriously?”

Well, hackers under the guise of Anonymous have managed some admittedly fairly modest cyberattacks in the past, including:

So, if you’re not secure against this sort of modest attack, you probably don’t stand much chance against more determined cybercriminals – attackers who don’t usually announce their attentions in advance with a YouTube video.

What that means is that if computer security is worth doing, it is worth doing well, with or without the posturings of unknown proponents of so-called hacktivism.

In short: I don’t see any need to do anything differently because of this latest, short-lived Anonymous video, unless you weren’t taking computer security seriously beforehand.

So perhaps Singaporeans should treat this video not as a threat, but simply as a handy reminder – coming as it does on the very last day of Cyber Security Awareness Month! – that computer security matters.

If you haven’t done them yet, why not DO THESE 3?

That’s our advice by which anyone, anywhere, can do their bit to help everyone, everywhere.

* I made up the bit about the giraffe picture. That’s another story altogether, caused by a hoax about booby-trapped JPEG images of giraffes. (I don’t know why giraffes and not, say, Gambian pouched rats.)