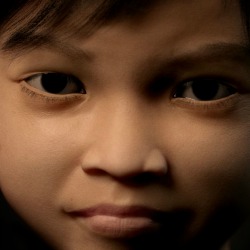 The alleged paedophile wanted 15 minutes of what he thought would be a 10-year-old naked Filipina girl giving him a sex performance in front of a webcam.

He didn’t want to pay too much, though.

The “girl” – a CGI character named “Sweetie” created by researchers from the Netherlands charity Terre des Hommes – asked for $15 (£9), but the alleged predator talked her down to $10 (£6).

A sample of the conversation was reproduced in the charity’s PDFwriteup of a mass paedophile sting undertaken to battle webcam sex tourism.

It took place on 26 April between a researcher, who posed as Sweetie using an application – “Sweetie1000” – that relies on cutting-edge, Hollywood-style animation, and the predator, identified as a 35-year-old father of two from Atlanta, Georgia, in the US.

The predator was only one of 1,000 identified by Terre des Hommes researchers after the alleged child abusers were caught in the act of soliciting webcam sex performances from Filipino children.

The number of alleged predators who have been identified is, in turn, only a small percentage of the 20,172 predators from 71 countries who responded to the researchers’ lure, asking for webcam sex performances.

The researchers identified the suspects using information available in public online databases and data provided by predators, they said:

No computer hacking or illegal methods were applied. Instead, we just asked predators to provide identifying information under the fictional pretext - a technique known as "social hacking."

Four researchers spent a combined total of 1,600 hours over the course of 10 weeks posing as prepubescent Filipina girls in 19 public online chat rooms.

Details of the suspects’ identities and activities have been submitted to Interpol.

The researchers gave these details in an FAQ to depict how the extremely convincing character of Sweetie came to life:

First, her face and body were modeled to resemble a 10-year-old Filipina girl. In that model, specific points were marked at which her joins [sic] and muscles move. Then we used motion sensors to record the exact sequence of motions that a person performs while chatting with people online - typing, smiling, frowning, looking up, down, and side to side. Those motions were captured and recorded from a human model wearing motion sensors and the motion sequences were programed into an application that controls the way Sweetie moves on command. We used a control board that had pre-programmed motions and facial expressions, so while the researchers chatted with predators, predators would see Sweetie typing while the researchers typed to ensure precise timing.

Terre des Hommes’s research suggests that predators will pay between $10 and $100 per show, depending on whether transactions are made through a pimp or a middleman, how long the show lasts, and the nature of the performance.

The suspected predators will only be prosecuted if police manage to gather their own evidence.

The biggest problem in battling this type of child abuse is that police don’t investigate predation until a crime is reported, the charity says.

But in the case of webcam sex tourism, victims don’t usually report the crimes for a number of reasons, whether it’s financial dependency or that they’re trafficked slaves held captive in “dens” where they may also endure physical abuse and neglect, the charity says.

Often … children are intimidated and fearful of consequences or they and their families depend on the income generated through webcam sex performances.

How is this not entrapment?

[Avoiding entrapment] is done by using as little overt “influence” as possible and luring individuals rather than targeting them based on suspicion. Luring individuals with an opportunity to commit a specific crime is a passive method of identifying people who are already inclined to commit that crime.

For example, researchers lured individuals via chat names that suggested that they were prepubescent girls, the charity said:

The opportunity to commit a crime was presented when adults in chat rooms were faced with a supposed minor whom they had the option to respect or abuse. Individuals who contacted the supposed minor were presumed innocent until they actually committed a crime on their own volition.

Terre des Hommes regards individuals who initiate contact and request a sexual webcam show from someone claiming to be a child as predators actively attempting to abuse children.

Such individuals are, in fact, considered to be inclined or predisposed to committing the crime, the charity says.

I agree with Terre des Hommes.

Do you? Let us know in the comments section below.

Terres des Hommes is offering law enforcement agencies a toolkit that explains its method of finding and identifying online predators. It’s also offering operational Sweetie1000 software and training in its use.