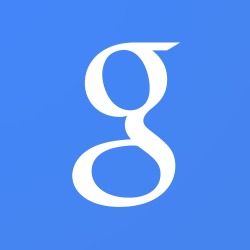 Here’s a non-shocker: worldwide government requests for data have more than doubled since 2009, while requests from the US have tripled, Google said in its latest transparency report.

And that, mind you, is only the number of requests that Google’s allowed to publish, Google legal director Richard Salgado said in a blog posting on Thursday:

Since we began sharing these figures with you in 2010, requests from governments for user information have increased by more than 100 percent. This comes as usage of our services continues to grow, but also as more governments have made requests than ever before. And these numbers only include the requests we’re allowed to publish.

The company posted four slides to highlight the US government’s activities over the past four years.

Three of the slides depict the extent of attempted government surveillance that Google’s allowed to share, while one slide, devoted to requests under the Foreign Intelligence Surveillance Act (FISA), is entirely redacted.

Why is it redacted? Because neither Google nor other companies, such as Facebook or LinkedIn, for example – are allowed to disclose the number of classified customer data requests they receive under FISA.

Here are some of the numbers from the recent transparency report:

Google has for the first time also given a breakdown of the kinds of requests it receives. Whereas previous reports just divided the requests up into subpoenas, search warrants and an amorphous category called “Other”, Google in its most recent report distinguishes among wiretaps, pen registers and disclosures made in connection with life-threatening emergencies.

Google also provides explanations for the legal authority behind each type of order.

While that’s an expanded amount of detail, Google’s still not happy and wants to disclose more.

Salgado had these words about the US powers that be:

We want to go even further. We believe it’s your right to know what kinds of requests and how many each government is making of us and other companies. However, the U.S. Department of Justice contends that U.S. law does not allow us to share information about some national security requests that we might receive. Specifically, the U.S. government argues that we cannot share information about the requests we receive (if any) under the Foreign Intelligence Surveillance Act. But you deserve to know.

2 comments on “Google: US data requests have more than tripled since 2009”