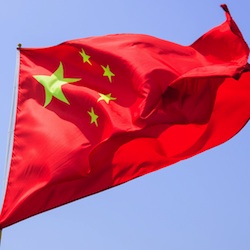 China’s infamous Great Firewall, the massive surveillance and censorship system sitting between China’s internet and the rest of the world, has been circumvented and bypassed by numerous techniques over the years with varying degrees of success and longevity.

The move came in response to further blocking by the Great Firewall, with Chinese versions of the Reuters and Wall Street Journal news sites added to the blocklist in mid-November. The Reuters site was mirrored to the Amazon cloud service within a few days of the new blockages.

China is notorious for filtering all sorts of web traffic, both blocking specific sites and services (including Facebook and Twitter) and monitoring for a long list of keywords, ready to cut connections as soon as they become suspect.

Freedom of speech activists have pointed to the Great Firewall, officially referred to as the “Golden Shield Project“, as a clear example of repression, while economists have suggested the filtering of the internet is impeding China’s potential for economic development.

The inventor of the World Wide Web, Sir Tim Berners-Lee, recently made clear his belief that China’s government would be forced to gradually slacken their control over the internet, and that the Great Firewall will eventually be dismantled, citing mainly economic reasons.

For now, residents of China are stuck with limiting themselves to the government’s approved list of sites and subjects, or trying various means of bypassing the controls, from technical methods like proxies and VPNs to more human tricks like using codewords to replace banned terms, or sending images rather than text.

This latest technique offers the promise of access to all manner of proscribed information, but it doesn’t really break the Great Firewall. The internet is about much more than simply viewing information, and the interactivity and opportunities to join forces offered by sites like Facebook and Twitter are what make them seem so dangerous to the Chinese government.

A mirrored version of a website can never be much more than a one-way viewing experience; even news sites are highly interactive and public-driven these days, so if the commenting and forum systems are not integrated into those of the official site, there remains a divide between China and the rest of the world.

Worse, if people within China start treating such mirrored sites as the real thing, it will make life much easier for criminals. Websites that look right but have the wrong address should always be a warning sigh to internet users. Anything that makes it normal for users to see websites at the wrong addresses robs them of a simple and important safeguard against things like phishing.

So, let’s hope that the Chinese government starts thinking of the advantages of opening up its internet to the rest of the world, which should be good for its economy, its people’s happiness and its nation’s reputation. Let’s hope it starts that process soon.

In the meantime, if Chinese citizens do feel obliged to try to find ways around the censorship, let’s hope they can do it safely and cautiously, and not start picking up any bad habits.

5 comments on “Great Firewall of China bypassed by cloud mirrors”