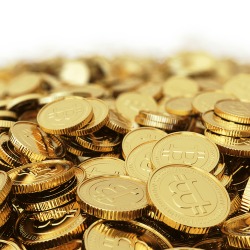 When it comes to electronic devices bad things do happen. Components fail, power outages do occur, and files can be accidentally deleted.

For that reason it is always advisable to have a backup strategy so that you never lose your home made videos, holiday snaps or business accounts.

Any IT professional would tell you that… unless his name is James Howells.

Howells, who works as an IT consultant, may have committed two cardinal sins.

The first was throwing away a hard drive in an insecure manner. When his laptop broke he cannibalised it, taking parts he could re-use elsewhere. He tossed the hard drive into a drawer where it remained until he decided it was no longer needed.

Without physically breaking the drive or removing the data stored on it he threw it out, presumably forgetting the value that data may hold to anyone who went searching through his refuse bin.

The second big mistake Howells made was tossing out a drive that he hadn’t backed up. After gathering dust in his desk drawer for three years it seems he didn’t even have any idea what data was stored on the disk.

Now, however, it looks like he’ll be paying the price for his foolishness as the drive he threw out may well be one of the most valuable in history – around 7.5 million dollars.

Back in 2009 Howells used the now dead laptop to mine Bitcoins, just after the service was launched. Up until the time his girlfriend complained that his laptop was getting too hot and noisy he says he managed to accumulate a total of 7,500 Bitcoins.

The problem, of course, is that Howells threw out the hard drive which contains the cryptographic private key that is required in order to access and spend the virtual currency.

Speaking to The Guardian, Howells said:

You know when you put something in the bin, and in your head, say to yourself 'that's a bad idea'? I really did have that.

Howells checked all of his USB sticks and other hard drives in the hope that he had backed up the key he required but realised he had nothing.

Believing he had thrown the hard drive out between June 20 and August 10 he went to his local landfill site in Newport in the hope of discovering it (image courtesy of James Howells’ Twitter account).

I had a word with one of the guys down there, explained the situation. And he actually took me out in his truck to where the landfill site is, the current ditch they're working on. It's about the size of a football field, and he said something from three or four months ago would be about three or four feet down.

Howells thought about searching the tip for the drive himself but was put off when he was told that a police search of the area would likely involve mechanical diggers and a team of 15 people equipped with protective clothing. Pretty costly, considering the drive may not be found in an operational state, so he opted out.

Howells is now asking for donations towards the cost of recovering the hard drive.

Whilst I have little sympathy for James Howells, who I think probably should have known better, this story does serve as a very real reminder of the importance of backing up important data on a regular basis, as well as disposing of hard drives properly.

Note: budding treasure hunters thinking of heading to Wales in a quest to find the hard drive should think again as a spokeswoman told The Guardian that they “wouldn’t be allowed in.”