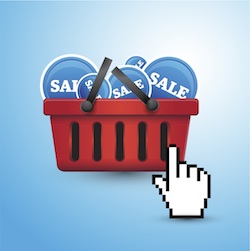 As ICE noted in a statement, the markets get flooded with phony merchandise right about now, in the weeks leading up to year’s end.

Counterfeiters take advantage of the holiday season and sell cheap fakes to unsuspecting consumers everywhere. Consumers need to protect themselves, their families, and their personal financial information from the criminal networks operating these bogus sites.

As Naked Security’s Lee Munson noted recently, last Christmas, UK shoppers lost over £12m to online fraud, according to Action Fraud, the City of London Police and Get Safe Online.

Those organisations are warning consumers this year to take particular care when shopping for tablets, gaming consoles, electrical items and other gifts online.

Perhaps unsurprisingly, rip-offs last year centered on the same shiny gizmos they’re warning about this year: smartphones, gaming consoles, and Apple gadgetry, plus designer clothes, which leads us right back to counterfeit goods.

The seized domain names for counterfeit sites are now in the custody of the governments involved in the operation. They’re also now bedecked with banners that notify visitors of the seizure and educate them about the federal crime of willful copyright infringement.

According to Infosecurity Magazine, investigators also found PayPal accounts used by the seized websites, with more than $175,000 being targeted for seizure by the US government.

Andrew Munoz, spokesman for ICE in the US state of Utah, told KSL.com that counterfeit websites have recently become more sophisticated and will often be included in Google search results.

Munoz advised consumers to keep an eye out for little things: a poorly created website, spelling and grammar errors, and/or poor-quality photos.

Another warning sign is a site whose domain name is tough to remember, one that offers deals too good to be true, or one with customer service links to Yahoo or Gmail accounts, he said.