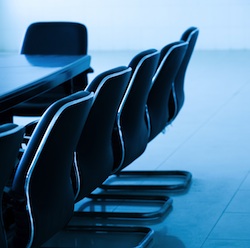 Eight of the world’s leading technology companies have come together to call for a change in the way the US government conducts surveillance.

The group is asking the world’s governments to reassess intelligence gathering practices following the leaking of various documents by whistle-blower Edward Snowden.

These leaks have, according to Microsoft’s Brad Smith, lessened people’s trust in technology. Smith said, “People won’t use technology they don’t trust. Governments have put this trust at risk, and governments need to help restore it.”

The Reform Government Surveillance group has written to President Obama and Congress, arguing that current surveillance practices undermine individual freedoms, as protected by the US Constitution.

An open letter from the group recognised the need for domestic security measures but questioned the extent to which governments go in their collection of information:

Dear Mr. President and Members of Congress,
We understand that governments have a duty to protect their citizens. But this summer’s revelations highlighted the urgent need to reform government surveillance practices worldwide. The balance in many countries has tipped too far in favor of the state and away from the rights of the individual — rights that are enshrined in our Constitution. This undermines the freedoms we all cherish. It’s time for a change.

The tech coalition also requested changes be made to future surveillance, saying that:

We urge the US to take the lead and make reforms that ensure that government surveillance efforts are clearly restricted by law, proportionate to the risks, transparent and subject to independent oversight.

The group’s campaign is not limited to simply writing a letter though. It has also defined five reform principals that it believes governments need to adopt:

In many ways I applaud this move from some of the world’s largest technology companies but I can’t help but wonder if there is a touch of hypocrisy about this campaign?

When I read a quote from Mark Zuckerberg, Facebook’s CEO, in which he said …

… I wondered if perhaps many of the principles put forth by the Reform Government Surveillance group could also be applied to at least some of the companies present in this alliance. After all, the likes of Facebook and Google are not adverse to collecting copious amounts of data about our lives.