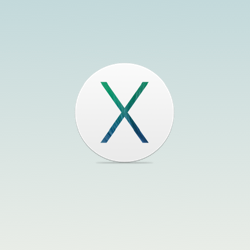 Most of the fixes and enhancements are of the not-really-to-do-with-security sort, but the update also bundles in a new version of Safari, with security patches.

That takes Apple’s latest browser version number to 7.0.1, dealing with a number of security holes including a data leakage flaw and eight vulnerabilities that “may lead to an unexpected application termination or arbitrary code execution.”

Remember that arbitrary code execution inside a browser generally means that a drive-by malware install is possible.

That’s where simply viewing a web page can cause malware to be downloaded, installed and activated, without any outward or visible signs: no warnings, no pop-ups, and no are-you-sures. The Mavericks update can be fetched, as usual, by using the Software Update... option in the Apple menu, or by fetching a standalone installer in the form of a DMG (Apple disk image) file.

If you look after more than one Mac, or simply want to keep a complete set of reinstallation tools for your own Mac, getting and keeping the standalone installers for each point release is a handy thing to do.

It means that you can reinstall OS X and apply all the current security patches before going online for the first time on your newly-rebuilt Mac.

There are two DMG installers to pick from:

→ The Safari 6.1.1 update seems to bring earlier OS X versions into line with Mavericks as far as browser security patches are concerned, but none of the security fixes in Mavericks itself seem to have been backported to the Lion and Mountain Lion flavours. It’s looking increasingly certain that they never will be.

I’ll admit that my first thought on hearing about 10.9.1 was, “Gosh, that was quick. Mavericks itself hasn’t been out long.”

But a glance at Rob Griffiths’ long-running (and very handy) release history table for OS X versions shows that 10.9.1 came 55 days after 10.9, longer than any other 10.x.1 release so far.

How time flies when you’re having fun!