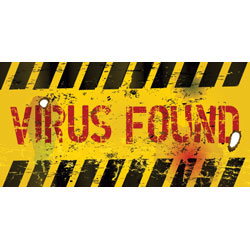 There’s been much fiddling around with security warnings to see which versions work best: should they be passive and not require users to do anything? (Not so good.) Active? (Better.) Where should the dialogue boxes be positioned? What about the amount of text, message length or extent of technical gnarliness?

Now, in a systematic attempt to determine what gets people to comply with warning messages, two researchers at the University of Cambridge’s Computer Laboratory actually modeled their security warnings on scammers’ messages in their research.

In their recently published paper, “Reading This May Harm Your Computer: The Psychology of Malware Warnings”, Professor David Modic and Professor Ross Anderson describe their efforts to figure out what aspects of computer security warnings are effective.

The researchers assumed that crooks are doing something right, given that their messages are skillfully crafted to lure potential victims into clicking on bogus security messages that lead them to malware downloads.

[W]e based our warnings on some of the social psychological factors that have been shown to be effective when used by scammers. The factors which play a role in increasing potential victims' compliance with fraudulent requests also prove effective in warnings.

According to prior research into persuasion psychology, these factors influence decision making:

The researchers wrote security warnings for five different conditions and used the same number of participants for each condition:

Anderson and Modic recruited 583 men and women through Amazon Mechanical Turk to take their survey.

Anderson and Modic advised software developers who create warnings to follow this advice:

In short, knowledge is power, the researchers said:

When individuals have a clear idea of what is happening and how much they are exposing themselves, they prefer to avoid potentially risky situations.

Professor Modic’s work was funded by Google and by the Engineering and Physical Sciences Research Council (EPSRC), United Kingdom.