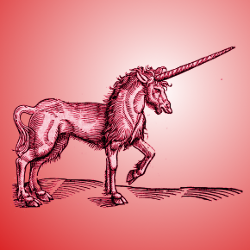 For a while, late in 2013, things didn’t look too good for the annual Vancouver-based security conference CanSecWest, or for PWN2OWN, the elite hacking sideshow at the event that has in many ways eclipsed the conference itself.

It looked as though the conference and its accoutrements might implode, sucked into a total malware perspective vortex.

In October 2013, CanSecWest founder and organiser Dragos Ruiu went public to claim that he was under a sustained attack from the world’s worst-ever malware, a cybernetic Hydra that became known as #BadBIOS.

This wasn’t a new or brief attack, either: Ruiu claimed that the malware had been plaguing his working environment, effectively undetected and undetectable, for three years.

It infected Windows, OS X and OpenBSD systems in an ecumenical rampage; trashed hundreds of dollars of brand new USB keys each week while Ruiu tried to grab samples for analysis; and apparently even evolved the ability to escape from isolation using ultrasound signalling.

It didn’t sound too good for Ruiu or his network, but the malware now seems to have vanished without a trace, and both his reputation and his network seem to have survived the onslaught.

So there will be a CanSecWest 2014, after all, and – it has now officially been announced – another PWN2OWN.

HP, the company that bankrolls the PWN2OWN prizes, has gone public with what you can win this year, and how.

Like last year, it makes for interesting reading, if only to compare the money on offer for the various avenues of attack.

Note that the underlying platform is the 64-bit version of Windows 8.1 in all cases, unless you’re taking on Apple’s Safari browser.

We’re not sure what Mozilla’s coders will make of the prize monies.

Does the $50,000 on offer for getting past Firefox’s defences imply that HP thinks it’s twice as easy to break into as IE or Chrome?

Or is it simply a reflection that the browser enjoys such grassroots popularity that it is likely to attract a greater number of attackers, and thus twice as likely to get pwned in time?

We shall have to wait and see! New this year is the Grand Prize, dubbed the Exploit Unicorn by HP, presumably on account of the rarity of anyone actually finding one.

You’ve got until 12 March 2014 to perfect your technique.

On the day, the organisers will put you in front of a laptop they’ve set up, and you’ll have just 30 minutes to get from “go” to “whoa.”

Would you like to learn more about vulnerabilities and exploits, and brush up on your RCEs, EoPs, DoSes and information disclosures?

Take a listen to our Techknow podcast that helps you cut through the jargon: