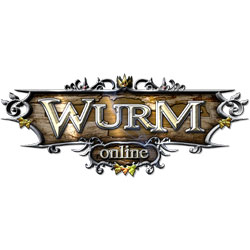 A bounty of 10,000 euros (around $13,700) has been offered in return for information that leads to the conviction of those responsible for a recent DDoS attack on MMORPG (massively multiplayer online role-playing game) Wurm Online.

On Tuesday, shortly after the release of update 1.2, Wurm Online was forced offline by an attack that flooded the site’s servers.

The game’s Swedish developer, Code Club, explained what happened in a blog post:

Shortly after todays [sic] update we were the target of a DDOS attack and our hosting provider had to pull us off the grid for now. We will be back as soon as possible but things are out of our hands since their other customers are affected. As we wrote in a previous news post we are planning on changing hosting anyways which should improve things for the future. We can offer 10 000 Euro for any tips or evidence leading to a conviction of the person responsible for this attack.

Wurm Online is back up and running now. The company said that disruption to players should be minimal as it had server backups from just after the attack began, as well as from earlier in the day.

Looking through the game’s forums, it appears that most players are content with the way in which the developer handled both the attack and then communicated the situation afterwards.

Of course, with a largely teen player base, there are a few who seem to be suffering what can only be described as withdrawal symptoms following a couple of days without their favourite game.

They will likely be pleased to discover that the developer has now changed hosting provider which should improve their game experience in the future:

I announced earlier that we were already looking at migrating the hosting of Wurm. When the attack forced us offline, we went straight ahead and pushed for this to happen as soon as possible.

The opinions of players towards those responsible for the DDoS attack were unsurprisingly less than favourable, with one user saying:

You sir, are an arse.... and this reeks of a teens [sic] tanty when his toys are taken away. I know tantrums, I have some teens and the arrogance of attacking so soon after a major update is disturbingly similar to the sense of entitlement my teens have, when denied something they want, purely because they want it.

There has also been much speculation amongst users as to the potential motive for the attack with some believing an ex-player may have been acting in retaliation for a ban. Others hypothesised that the attacker could have been trying to manipulate the game to take advantage of a ‘sleep bonus‘.

One other theory was that the DDoS could have been an attempt to extort money from the developer, though that seems unlikely given Code Club’s offer of cash in exchange for information about the attacker.

One comment on “10,000 euro bounty offered for Wurm Online DDoSer”