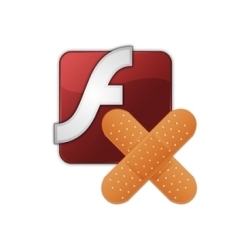 Adobe has just updated its Flash product for the second time this month, pushing out an emergency patch for an RCE exploit that has been seen in the wild.

Just to clarify the jargon above:

The last on the list is the one known to have been exploited in the wild, according to analysts at vulnerability research company FireEye, and it’s the reason why you should updgrade promptly.

Presumably, the other two vulnerabilities have been patched “just in case,” because Adobe’s next scheduled security update doesn’t arrive until April 2014.

The importance of patching

Note, however, that properly updated systems should be immune to this in-the-wild attack.

According to FireEye, the attack relies on overwriting function pointers (for programmers: this exploit overwrites a vtable, which is short for virtual function pointer table) inside Flash.

A function pointer is a memory location that keeps track of where a program should go to perform certain functions such as reading and writing files, or compressing and decompressing data.

Clearly, by changing a function pointer, typically only four bytes on 32-bit systems or eight bytes on 64-bit systems, you can completely change the behaviour of a program, which is why function pointers aren’t supposed to be rewritable by just anybody.

But for the attack found by FireEye to work, you have to know where to send the exploited program to next (i.e. what value to write into the “stolen” function pointer).

That’s something you can’t easily predict on a system that is using Address Space Layout Randomisation, or ASLR.

ASLR is a powerful threat mitigation technique used in all modern operating systems, and most modern software, so that attackers can’t guess where specific system components will end up in memory, making it much harder to take control of buggy software from a distance.

→ When you come home in the dark, you know exactly where the light switch is in the hallway, so you can open the door, reach round in the pitch black, and turn on the lights at once. But in a stranger’s house, you’ll probably end up fumbling around for ages, helplessly swiping at blank parts of the wall, probably knocking over an ornament or two in the process and drawing attention to yourself.

So, the in-the-wild CVE-2014-0502 exploit found by FireEye deliberately targets insecure environments where ASLR is turned off, namely:

Remember that many so-called Advanced Persistent Threats, or APTs, are only advanced if you are behind in your patching – so don’t make things easier than you have to for the crooks!

Oh, and here’s a suggestion for Adobe.

Having lined up with Microsoft for your patch regularity (i.e. always on the second Tuesday of a month), why not line up with Redmond in frequency (i.e. patch every month, not every quarter)?

Well-informed system administrators are increasingly willing to apply patches immediately, rather than waiting three months, so why make them wait three months for routine updates?

To listen to the above podcasts directly: