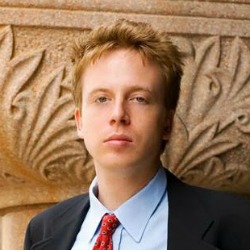 The US government has moved to drop several charges against journalist and activist Barrett Brown that could have had far-reaching consequences for all users of the web.

Brown, currently being held in Texas, faces two separate trials over the coming months which will see him answer 17 charges related to his work on uncovering online surveillance.

In total, Brown faces three separate indictments but the main one, covering 12 counts, revolves around his posting of a hyperlink on an internet chat room which pointed towards data stolen from Strategic Forecasting Inc. (Stratfor).

Brown posted the hyperlink on his Project PM chat room on December 25, 2011, the day after Stratfor was hacked, but wasn’t arrested and charged until the following September.

Legal documentation shows that by the time Brown published the hyperlink it had already been disseminated on a separate chatroom and that the FBI had, themselves, been aware that the leaked data had been available for a few days.

It is important to note that Brown is not accused of hacking Strafor himself, nor did he actually publish the leaked data which includes over 800,000 email addresses and 60,000 credit card details.

Indeed, the US government has not alleged that any credit card or identity theft ever arose as a consequence of Brown publishing the hyperlink.

Therefore, his defence team have argued that he did nothing more than publish a link to data which was already in the public domain.

In its motion to dismiss the defence wrote:

As a matter of pleading, the Indictment is fatally flawed because (1) it fails to allege an essential element - "the transfer of authentication features" - altogether, and (2) it fails to allege that Mr. Brown "transferred" anything other than a hyperlink.

They can’t even prove that he knew what was in the file he linked to, and downloaded or opened it. He neither hosted the file nor was involved in the theft of the information. His intent was purely journalistic and not criminal. He never gained anything materially from sending a link. What we’re seeing here is the misapplication of the law in order to punish dissent.

Now, it seems, the US government has listened.

Candina Heath, the assistant US attorney for the Northern District of Texas yesterday filed a motion to dismiss the 11 counts highlighted by Brown’s defence team.

The counts that the government is looking to remove all relate to the publication of the hyperlink, including the most controversial charge, namely that he transferred stolen property by posting a link to a web property that contained hacked material.

Federal prosecutors have made no comment as to why they moved to dismiss the 11 counts but it’s possible that the US Constitution’s First Amendment, giving citizens the right of freedom of speech, may have looked to be too big a stumbling block for them to overcome.

Brown, who faces court on April 28 and May 19 originally faced over 100 years in prison if convicted on all charges. With the removal of 11 counts he now faces a maximum penalty of 70 years in jail.

Meanwhile, journalists, bloggers and social media sharers can all be grateful that the sharing of a humble hyperlink won’t lead to them being labelled as criminals.