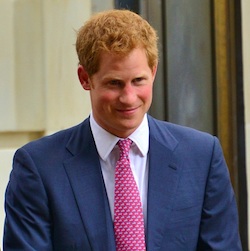 A Facebook user posing as Britain’s Prince Harry has conned an Austrian floor fitter out of thousands of euros.

According to a report in the Austrian Kurier newspaper, the fake prince offered the workman a one million pound contract to renovate the parquet floors at Buckingham Palace.

The latter two payments were made via Western Union, a money transfer service that is notoriously hard to track.

On Friday, having heard nothing from ‘Prince Harry’ for over two weeks, the workman contacted his local police in the district of Oberwart.

Investigations are continuing but the authorities in the province of Burgenland have reportedly told the floor fitter that the chances of seeing his money again are ‘slim’.

This is not the first time that a trickster has used the name of Prince Harry to defraud victims.

In 2010 a fraudster posed as the prince, again on Facebook, and tricked over 20 women into sending money destined for an African orphans charity that had been created in memory of his mother, the late Princess Diana.

According to the Express, victims each sent up to $2,500 to someone using the name Raji Abass Agboola who had the funds deposited into accounts in Nigeria and Benin.

Given the rise in social media-related crime – the Metro reports a three-year 25% increase in crime involving Facebook and a whopping 390% uplift in cases where Twitter has played a role – it’s worth paying attention to these tips for avoiding such scams: