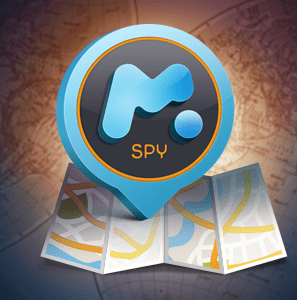 It’s one of a family of spying apps that lets someone remotely snoop on you through your phone or tablet. That includes text messages, call logs, emails, location tracking, recording of conversations by remotely turning somebody’s phone into a bugging device, calendar information, GPS coordinates tracked on a convenient map, that kind of thing.

For the sort of people who don’t have even the most tattered shred of respect for the privacy of others, spy software can serve employers who need to keep a lid on data leakage, help parents keep a lid on their kids, and enable lovers to bust the lid on cheating spouses.

One problem: you’ve needed to get your mitts on the gadget to install mSpy.

Granted, it only takes a few minutes to install, as you can see in one of the company’s installation guides, but man-handling the target’s device has been a must for those who want to spend their hours poring over other people’s business.

Could be tricky. Could get caught with your fingers in the phone when Mr. or Ms. Presumably Cheating Slimeball got out of the shower too soon.

But now, those precarious days are gone! Spies needn’t worry about getting caught bugging somebody’s phone. That’s because mSpy last week began offering a selection of smartphones pre-loaded with the software.

Pricing starts at $649.99, or about $200 more than a non-boobytrapped phone, and includes a year-long subscription.

If, and only if, that is, you get your target’s permission to eavesdrop on them and track their every move like a bloodhound:

It is a considered federal and/or state violation of the law in most cases to install surveillance software onto a mobile phone or other device for which you do not have proper authorization, and in most cases you are required to notify users of the device that they are being monitored. Failure to do so may result in a violation of federal or state laws, if you install this software onto a device you do not own or if you do not have proper consent to monitor the user of the device.

Well, then, there you have it.

Of course nobody would install the software surreptitiously, without telling their target, nor would they wrap a gorgeous new mobile phone up for somebody’s birthday gift without writing in the card something informative, along the lines of, say, “Happy Bugday!”

All sarcasm aside, the idea of spyware preloaded on a phone is vile.

Regardless of whatever legitimate justifications there are to put spyware on a phone – parental oversight, an employer overseeing use of company-issued devices and leakage of company data – there are simply no safeguards in place to ensure that surveillance targets are being informed of eavesdropping, tracking or bugging.

Because of the lack of such safeguards, jealous lovers lacking the cojones to speak frankly to their partners about their suspicions or concerns instead choose to (illegally) disregard those people’s privacy.

Giving such jealous lovers (or abusive partners, for that matter) even easier access to surreptitious tracking, eavesdropping and bugging, in the form of a phone pre-loaded with spyware, is yet another grievous blow against privacy.