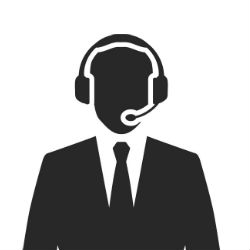 A UK court has handed down a sentence of suspended jail time plus fines and costs to the operator of a phony tech support cold-calling scam.

Mohammed Khalid Jamil ran a firm called Smart Support Guys based in Luton, and staff at his India-based call centre are thought to have carried out the deceptive cold calling.

The scam has a fairly standard pattern – victims are called out of the blue, and informed that their computer is in some kind of danger, with the caller posing as a technician either from Microsoft or from an affiliated support firm.

The victim is persuaded to look at some alerts on their machine, usually a standard built-in tool such as the Event Viewer in Windows, and tricked into believing that normal, trivial error messages are a sure sign of horrible malware infection.

The caller may also try to get their target to grant remote access to their machine, so the scammer can demonstrate the phony danger.

From here the victims are pressured into allowing installation of software, usually free security tools but occasionally malware, and then have to pay for the tools and assistance.

The scam has been a fairly common sight for several years now, spinning off from earlier fake anti-virus scams and evolving over time with the occasional tweak to its techniques.

A survey in 2011 suggested that 15% of people in the UK and Canada had received one of these calls, and of those 22% paid up for the bogus services. Jamil insisted that staff at his call centre had carried out the scams against his wishes, and he had been powerless to prevent them.

At York Crown Court last week, Jamil was given a sentence of four months, suspended for 12 months – so basically, he avoids actual jail time if he manages to stay out of further trouble for a year.

Those involved in the prosecution of the case have described it as a “landmark case” and “an important turning point for UK consumers”, which sends out a “stark warning” to those engaging in such scams.

However, many may see the non-custodial sentence as little more than a slap on the wrist, and although the associated fines are a step in the right direction, they seem on the low side given the huge amounts being made from this sort of scam.

A 2012 case brought by the FTC in the US targeted six similar boiler-room firms, freezing assets amounting to $180,000 (£108,000) and predicting damages in the tens of millions.

If a “stark warning” like that isn’t enough to deter these people from pestering the vulnerable, it seems unlikely that this latest case will have much impact, but it is good to see at least some scammers being shut down.