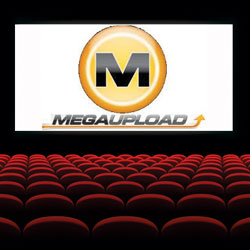 When last we left him, Megaupload founder Kim Dotcom had won back the right to see all the evidence against him before, rather than after, his possible extradition to the US to answer charges of racketeering, money laundering, online piracy and copyright infringement.

Fuzzy on how those charges came about? No worries, we’ve got you covered.

Here’s a timeline that will fill you in on the early parts of the saga, replete with the January 2012 New Zealand police/FBI SWAT-style raid on Dotcom’s mansion – Glocks, semi-automatics and all.

Dotcom is still in New Zealand, fighting the long-running legal battle over the case and fighting extradition to the US.

Now, he’s got to face the movie makers whose copyrighted works he allegedly infringed.

Or, as Dotcom puts it:

In a statement, Steven Fabrizio, global general counsel of the Motion Picture Association of America (MPAA), pointed out that when Megaupload was shut down, “it was, by all estimates, the largest and most active infringing website targeting creative content in the world.”

That sounds about right. Megaupload had about 150 million registered users before it was shut down and was at one point estimated to be the 13th most frequently visited website.

Dotcom has defended the site, claiming that it was a storage service, not “an unlawful hub for mass distribution, as the MPAA puts it.

In its criminal complaint, the MPAA alleges that Megaupload used to pay users for uploading popular content and as a result was not a storage service.

Fabizio said this in the MPAA’s statement:

Megaupload was built on an incentive system that rewarded users for uploading the most popular content to the site, which was almost always stolen movies, TV shows and other commercial entertainment content.

Megaupload wasn't a cloud storage service at all, it was an unlawful hub for mass distribution.

In fact, Megaupload didn’t keep just any old content around, as would a storage service, Fabrizio said. If any posted content – say, a student’s term paper – wasn’t popular, down it would come:

If a user uploaded his term paper to store it, he got nothing – and, in fact, unless he was a paying subscriber, Megaupload would delete the paper if it was not downloaded frequently enough. But if that same user uploaded a stolen full-length film that was repeatedly infringed, he was paid for his efforts. That’s not a storage facility; that’s a business model designed to encourage theft - and make its owners very rich in the process. There’s nothing new or innovative about that. That’s just a profiteer using existing technology to try to get rich off of someone else’s hard work.

It was only premium subscribers, estimated to be 1% of users, who could use Megaupload for long-term file storage, the MPAA charges.

Thus, by design, Megaupload functioned not as a private online storage locker, but rather as a hub for uploading and downloading infringing copies of popular movies and television shows, including plaintiffs' copyrighted works.

Dotcom has rejected the MPAA’s claims about the incentive system, tweeting that files bigger than 100MB in size “did not earn rewards”:

Files above 100MB filesize did not earn rewards on #Megaupload. Hollywood claims that we were paying users to upload pirated movies. Stupid.

In fact, given Megaupload’s reward system’s limitations to files of 100MB or smaller, the MPAA’s focus on it is a red herring, Dotcom’s lawyer, Ira Rothken, told Ars Technica.

The MPAA’s suggestion that the system was used to promote widespread pirating of movies, with their much larger file sizes, “doesn’t pass the giggle test,” he said.

[Megaupload] paid out a very, very tiny amount of money over a multi-year period. It was a rounding error on total revenue. It had little to do with the growth of Megaupload as a cloud storage company. This is a misleading attempt to try to take a legitimate cloud storage site and brand it as something negative, just for the MPAA to concoct a lawsuit.

In fact, Rothken told Ars, the MPAA and the US Department of Justice should already know that criminal charges are inappropriate when it comes to secondary copyright infringement. A civil action would be more appropriate, he said.

Dotcom, for his part, hasn’t been idle since Megaupload was shuttered.

Besides battling extradition, legal battles and now the Hollywood legal Godzillas, on the one-year anniversary of the shutdown, he launched the Son of Megaupload, also known as Mega.

The most salient difference between Megaupload and its successor: all files are encrypted locally via JavaScript before they’re uploaded to Mega.

To promote the launch, Dotcom hired an ice cream chef to create a new flavor to dish out to his fans: white chocolate and cherry.

The man is one heck of a colorful fugitive but he does have mighty good mega-taste, you have to give him that.

Image of theatre courtesy of Shutterstock.