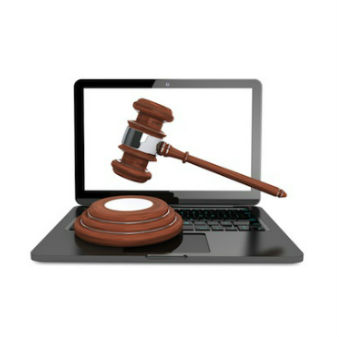 There are those who so loathe to have their personal data milked for profit (or other, potentially more sinister purposes, such as identity theft or surveillance) that they up and divorce Google.

Then, there’s Shawn Buckles: the kind of guy who puts his personal data up for auction to the highest bidder.

Buckles, a Dutch student and artist, had his data soul up for sale for a few weeks, during which time he received 53 bids, according to Wired.

Specifically, he sold the following buckets of personal data:

The sale was meant to prove a point about loss of privacy in the age of big data.

Here’s what he told Wired UK when he started the auction:

As an artist I was thinking about using my data to address current privacy concerns for a long time. Then a Dutch television programme (Tegenlicht by VPRO) broadcasted a documentary about big data, which triggered the idea to sell my personal data. I thought: oh, the irony.

Buckles told news outlets that TNW plans to use his data to illustrate the issue of privacy at an upcoming conference, and that the money from the auction will be donated to a Dutch digital rights organisation called Bits of Freedom.

How daft was this? At least Buckles didn’t hand off his passwords, I guess.

That’s more than we can say about the guy who last week mocked Heartbleed, posted his (reused!) password online and invited everyone to do their worst.

Which they did. (Unless, mind you, it was all just a stunt.)

At any rate, as Wired points out, Buckles isn’t the first to pull this type of very public data-disclosure trick.

In 2013, New York student Federico Zannier put his private data up for sale on Kickstarter.

Then, of course, there was the case of Hasan Elahi, who inundated the FBI with the minutiae of his life, thinking (quite wrongly, given the power of data analytics) that flooding them with his travel details, purchases of kimchi and laundry detergent would overwhelm intelligence agents with useless information.

For his part, Buckles, the latest artist in this inside-out-data genre, has published a privacy pamphlet giving his rationale for selling his e-stuff, including thoughts about how our rights to privacy are at stake.

For one thing, he says, many of us are hiding behind the fiction that we’ve “got nothing to hide.”

It’s a fallacy, he said, because if another Hitler were to seize power tomorrow, we’d be sitting ducks, given that the holders of big data know our location, our beliefs, the people with whom we associate, and our likely behavioural patterns and patterns of resistance.

To flee or hide would be impossible. We'd be powerless.

Buckles’ sale is an interesting way to call attention to the fact that most of us have, in fact, sold at least part of our souls to online entities such as Google, Facebook, LinkedIn or any of the other putatively “free” services that make their money out of crunching our numbers.

Those of us who do choose to part with personal information get “paid” for things such as our browsing histories, preferences (shown whenever we click “Like” on Facebook, for example) or similar.

Whether it’s necessary to sell your information to call attention to this well-known state of affairs is a worthwhile question to ask.

What danger has Buckles put himself in with this auction? For one thing, he’s provided people with ample material to masquerade as him online, as well as to launch phishing campaigns at either himself or at his friends.

As many have pointed out, that’s where a serious problem arises with this type of performance art.

Buckles may roll the dice with his own personal information, but what gives him the right to sell email content and contact information belonging to his friends and contacts, siphoned out of every email and online conversation he’s ever had?

Fortunately, he seems to have given that some thought. Here’s what he told Wired UK when he first put his data up for sale:

Yes, there are privacy concerns. ... After the auction I'll start negotiations with the highest bidder. One of my terms is the right to protect others' privacy, as they're only buying my data and not that of my friends. I will seek advice from a lawyer to protect my and other people's rights. I will also inform my relations my conversations will be sold.

But hang on a minute. What does he mean by saying that he’ll “inform” his relations that their conversations will be sold, as opposed to “seek permission from” them?

That nuance matters – a lot.

Somebody who’s this passionate about privacy would, surely, also wholly believe in the opt-in model for data sharing – or, as the case may be, data hawking.

TNW, this is an interesting circus. I’ll look forward to seeing what you do with Buckles’s information.

Let’s hope you make sure that’s none of Buckles’s acquaintances get dragged into the circus unwillingly.