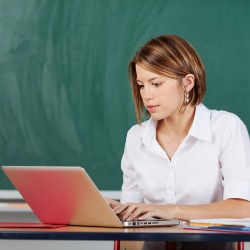 One in five UK teachers have been cyberbullied by students and/or their parents, according to a survey published by the teachers’ union NASUWT.

According to the union’s press release, one in five respondents – 21% – reported being the target of nasty comments posted on social media sites.

Out of those comments, 64% were posted by pupils, 27% were from parents, and 9% came from both pupils and parents.

Trolling of teachers has the same rank odor as that of other groups: “abusive and highly offensive language” is common, the survey found, while the content can focus on teachers’ appearance, competence or sexuality.

Most of the comments were posted by secondary pupils, and most relied on Facebook to deliver their toxins.

A bit more than half – 58% – of teachers didn’t report their pupils’ abuse to their employer or to police.

For 64% of the bullied teachers, this lack of reporting was because they didn’t think anything could be done, while 21% didn’t think it would be taken seriously, 9% were too embarrassed, and 6% had previously reported incidents that hadn’t been dealt with.

Chris Keates, General Secretary of the NASUWT, pointed a finger at the Coalition Government for doing away with guidance on social media and internet safety.

Great strides had been made by the previous government, working in partnership with the NASUWT and other teacher unions and social media providers, in seeking to address this problem. Comprehensive guidance had been produced about social media and internet safety which promoted good practice for schools on how to protect staff, and indeed pupils, from abuse.

One of the Coalition Government’s first acts was to remove the guidance on the grounds that it was unnecessary bureaucracy.

Schools need policies to prevent abuse and outline the sanctions that will be taken against parents and pupils who cyber-abuse staff, he said.

How should teachers, or schools, respond when they get attacked?

I came across a useful article from Teaching Times about the growing trend of teacher cyberbullying that had some sound advice.

For starters, educators should bear in mind that defamation laws come into play if libelous allegations get posted.

If somebody’s calling a teacher fat and ugly, that’s offensive, but courts generally wouldn’t consider it defamatory. To allege that a given teacher is a child predator or another type of pervert would, on the other hand, likely be defamatory.

Teachers and school systems that might decide to press charges should keep evidence of cyberbullying: save text messages, print out emails, and use screen captures to keep a permanent record of site content where necessary.

This advice isn’t only for teachers, of course, but for any cyberbullying victim.

Image of teacher and cyberbullying courtesy of Shutterstock.

8 comments on “Teachers cyberbullied by students and their parents”